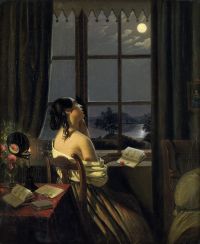 This past week I was looking for a definition of perception for some academic work and sat down to read through my notes on Aldous Huxley’s Doors of Perception (1954). The vivid accounts of magnanimous shifts of consciousness were enticing. I thought about the fantastic accounts of folds in trousers and bamboo chairs: how items in a drug store could appear as glorious as pixie dust and angels wings from a children’s storybook. How wonderful to be so enchanted by something so simple. To think, all it took was a shift in perception. Of course, Aldous Huxley took mescaline to reach this state. However, there are others who have reached similar states without ingesting anything foreign. In fact, we enter a fantastic state of consciousness every night when we go to sleep, whether we remember or not.

I think a lot about sensing and perception. A large portion of my doctoral work is focused on these two things. I think a lot about the limitations of sensing, and consequently, the limitations of perception. I also think about ways we can break out of our limitations and shift our perceptions and meanings. Because information comes to us via our senses, I have become increasingly concerned with sensuality as I get older. It gets easier and easier for me, and I’m grateful, given that my safe place has always been my intellect. Intellect is something I’m good at, and something I’ve been told I’m good at my entire life. Still, I’ve found that intellect isn’t quite as fun without some deep sensing.

With that said, I also think a lot about the esoteric aspect of existence. I recently read several piles of dream papers that my students wrote for me. I was amazed to see how many students have had lucid dreams or were actively trying to become lucid dreamers. I was also a bit excited to see how many students reported prescient dreams and dreams in which they were convinced that they had visited deceased loved ones. I have had all three experiences in my lifetime, and so to see a great majority provide validation by seeking validation was a heartwarming experience.

Most importantly, however, is that many students reported a shift in the way they felt about their lives and a deep concern with meaning. In fact, all students wanted to know “what did my dream mean?” I found myself often writing back, “Perhaps, it is not the meaning the dream brings, but the meaning you assign to your dream.” Regardless, there was a shift in their felt sense that impacted their waking life.

Reading these papers has me thinking about the experiences we deem credible and those we doubt. Our brains are most active when we are asleep, contrary to what seems most evident. Dreams tend to have a mystical quality to them. They can virtually feel “out of this world,” even though we are most of the time dreaming about things of this world.

Then there are those who seem to see more when they are awake. For some, perceptions can be so far out of line with consensus reality that they appear insane. For others, there are uncanny synchronicities, or even the sensing of phenomena that seem unexplainable and isolated from the baseline of our experiences. We often times feel as if whatever “materializes” is transposing itself from another world of which we are not a part. I’ve had some of these uncanny experiences, and until recently, I would’ve believed that what I experienced was from the “beyond.”

Now, I don’t believe that anything is from the beyond. Rather, I believe that any beyond we reach is only beyond our baseline perceptual spectrum. It recently occurred to me that perhaps the anomaly of those experiences is the perfect instance of circumstances under which my senses are stretched and my perception is expanded. Maybe what materializes is always around me and with me, and I ever so often am lucky enough to sense these things in waking life. Maybe we all do this every night when we dream.

The existential relevance of this is simple: as a clinician, I try to help people shift their experience to such a minor degree that they might catch a glimpse of something they live with every day but don’t really “see.” The newly seen doesn’t show up in psychedelic patterns or synesthesia, but rather in tacit knowing that arises via awareness of one’s being in a more holistic way. The shift is so subtle, but the effects are so marvelously large. The result is often times a shift in not only one’s meaning system, but a gradual shift in the dimension of being that a person exists in. Often times, it is just that unspeakable atmospheric essence that is different. It isn’t magic at all. It’s simply our ability to adapt to something with a wider dynamic range: the vastness of an infinite spectrum that we have such limited access to. Being given just a micro-slice more can feel supernatural, special, fantastic. When it has happened to me, it is nothing less than exhilarating. That in and of itself can be powerfully meaningful.