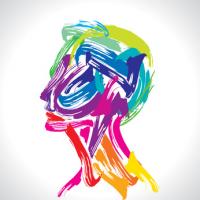 We spend most of our lives engaged with people in a myriad of activities. Our livelihoods depend on our interaction with others.  For most of us living in modern societies, our success and quality of life are completely dependent on the various groups we belong to including our families and workplaces.

We all have been exposed to the concepts of IQ and EQ as measures of intellectual and emotional intelligence, respectively.  These are individual constructs that we possess and can cultivate in ourselves. But what about the intelligence of groups?  How can we tell if groups are intelligent?

Markus Schwaninger defines group intelligence as the ability of the group to:

·         Adapt to the needs and changes of its external environment;

·         Reconfigure itself or engage with another environment as necessary; and

Every group operates within a larger social system. Its fundamental purpose is to provide value to the larger whole. This includes value to itself and to its members but always within the broader context. To better understand group intelligence, let’s explore it through the lens of social systems theory.

All groups are social systems. Sociologist Talcott Parsons introduced this term in his seminal book The Social System published in 1951. Talcott pursued the scientific study of the actions and interactions of individuals in the context of “relating.” He envisioned that through relating, a group of individuals forms a system that could be understood in much the same way we understand the human body through biology or molecular reactions through chemistry. Erwin Laszlo defines a system simply as a set of elements or parts in interaction, and when these interacting parts are humans, a social system forms. Eric Schwarz posits that a social system requires at least three parts, two actors in interaction with each other and the union they form.

Schwaninger and Schwarz define three domains of interaction in a social system: physical, virtual and existential.

Physical or collective conscious: This is the domain of behaviors and experiences. It is where we organize and establish social structures. Humberto Mariotti defines social structures as the “interactions” in the social group, the dynamics between members. Efficiency and delivering value are the tenants of the physical domain, or “to do the things right”.  This domain also corresponds to operational management. Through it, we connect and interact with our external environments, which are comprised of our multiple constituencies, such as customers and other teams.

Virtual or collective subconscious: This is the domain where we establish logical networks composed of ideas, concepts, information, ethics, and most importantly, relationships. It is where we, as group members, self regulate by establishing a set of appropriate behaviors. Effectiveness and strategy are the tenants of this virtual domain, or “to do the right things.”  Strategic management belongs to this domain.Through it, we access potential value (strategies), from which we self-produce.

Existential or collective unconscious: This is the domain of self-reference where we, as group members, become “alike.”  It is also where our knowledge and group wisdom develops.  In this domain the group becomes a whole and it exists as a collective being. A family, a team, a society corresponds to a holistic being at this level.  It is a domain where values, beliefs and ultimately culture exist as attributes. Legitimacy is the tenant of this existential domain, or “to fulfill a purpose at the service of a larger whole.” Normative management belongs to this domain.  The group ethos and vision, and ultimately its culture emerge from it.

According to Schwarz, Schwaninger and other social scientists, group intelligence is determined by the interconnection between the three social system domains described above. This interconnection occurs through two generative loops, one connecting the existential and the virtual domains, and the other connecting the virtual and the physical. Each of these connecting loops has a generative flow and one that provides feedback. Their strength and clarity raise the level of “intelligence” of the domains they touch. Blockage, particularly in the transmission of feedback, creates a pathology that limits the overall intelligence of the group.

The autogenesis loop: this is the generative loop between the existential and the virtual domains.  It manifests principles and policies for the social system.  It is informed by the knowledge, values and believes that have been developed by the group as a collective being.   Its associated feedback loop drives the necessary changes in the system’s culture based on information from the logical network.  The pathology of this feedback loop is any blockage that limits the amount of collective learning, and therefore, how “wise” the emerging principles and policies are.

The autopoiesis loop: this generative loop operates between the virtual and the physical domains. Poiesis is a Greek word that means production and was first introduced by Humberto Maturana and Francisco Valera to explain the productive capabilities of biological beings. Autopoiesis in the context of social systems indicates the self-production of acceptable behaviors that are based upon the principles, policies, and logical networks of the group. Its associated feedback loop informs the logical network about the effectiveness of the group’s physical interactions with respect to its external environment. Such feedback is instrumental in tuning the behaviors of the group. The pathology of this feedback loop stems from missing signals coming from the external environment in reference to the communication and value delivered by the physical domain. As limited by this pathology, the logical network will not be able to properly adjust its self-productive capabilities and drive behavior changes necessary for the adjustments of the physical domain.

There are no psychometrics available to measure the intelligence of a group. However, we intuitively and empirically can tell if the groups we encounter are delivering on the purpose of serving the greater whole, and are adapting to the changes and needs of their environment. We can also tell if these groups are not only responding to their environments but are shaping them to increase their viability. Strong purpose, clear vision, principles that drive co-creative behaviors, respectful and valued relationships, and positive impact on the evolution of the whole, all are signs of greater intelligence in a group.  Social systems theory helps us identify how this intelligence is manifested and where it may be blocked. The physical, virtual and existential domains of a group, along with its autogenetic and autopoietic loops, are constructs to consider in the understanding of group intelligence.