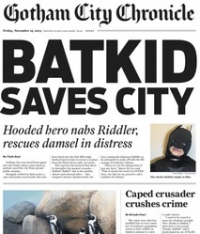 Within Existential conversations, there is a lot of talk about Being. And why not? Existentialism has been called the “Science of Being” and, as such, how “Being” is defined and understood tends to be the basic premise against which all our movement’s themes and concerns are evaluated. “Being” has been described as the ur-experience, the primal essence of the living organism, the inner force of potentia—potential—that leads the organism to “the most alive feeling of power” (May, 2004, p. 31) or the fullest expression of its authenticity.

Ok, that’s great … sounds poetic and good and all but … tell me again … what exactly is Being? What does it look like? What does it feel like? For such an important concept, it sure seems elusive. Rollo May (1983) wrote that, “The achieving of the sense of being is a goal of all therapy” (p. 100), and while I tend to get irked by incessant nitpicking about language, I have always found it interesting that what he urges us to do is to strive for the sense of Being, not for the achievement of Being itself. I’m going to assume that May chose these words very purposefully and at least in part with the intent to acknowledge this elusiveness. Perhaps what May was implying is that, like Plato’s Forms, we can never truly come face-to-face with Being as a pure property of existence, but rather that the closest we can get to it is through an indirect gaze. That like that mole on your lower back, you may be able to catch a glimpse of it in the mirror, but you can never see it directly—not with your own two eyes.

Then again, perhaps this elusiveness is not so much an issue or property of Being itself, but is more a result of the means by which we attempt to search for it.

This past month, I attended the Existential-Humanistic Institute’s seventh annual conference in San Francisco. From the moment I landed at SFO, every other conversation I overheard was about Miles Scott, a.k.a., Batkid. Thanks to the Make-A-Wish Foundation and a reported 11,000 volunteers, the five-year-old cancer survivor was going to get his wish: to be a superhero for a day.  The next morning, a special edition of the San Francisco Chronicle (temporarily repurposed as the Gotham City Chronicle) ran the headline: “Batkid Saves City!” Throughout the day, several sections of the city were shut down, with fake crimes set up for Batkid to solve. Actors were hired to play Batman, The Joker, The Penguin, and The Damsel-in-Distress. Tens of thousands of onlookers skipped work, school, and … ahem … conferences in order to follow the path of adventure and cheer the kid on.

When I heard that Batkid would be appearing at City Hall, just a few blocks away, I went. And at the sight of thousands of people pressed together waiting for him to arrive, many wearing clothing plastered with the Batman insignia and chanting, “Go Batkid!” … I marveled (pun not originally intended but totally appropriate, and if you get it, you are a true superhero geek). While it goes without question that the day represented a “conspiracy of kindness,” for me, it was also an experience of staring directly into Being itself.

As a Euro-American raised within a culture that prizes self-reliance, individualism, and the belief that the ultimate goal of a psychological life is to become self-determined and free from outer influences, my personal and professional search for the ultimate nature, function, and potential of existence has been primarily rooted in the assumption that the road to Being begins and ends within the self. Sure, I’ve paid intellectual lip-service to the idea that we are Beings-in-the-World, that the self does not and can not exist without the influence of the “thrown world” and the “with world” with which we interact. But, ultimately, I would always find myself going back to those same intellectual contortions of the inner gaze.

But standing there amidst the crowd at City Hall that afternoon, it occurred to me that the times I have felt closest to Being—that is, to pure potentia—have rarely been when I was attempting to look inward. It was those times when I was looking outwards, witnessing the potentia of others in such a way that I could not help but experience the activation of my own Being in response. It happens whenever I go to a Cirque du Soleil performance and I see those beautiful young bodies twisting themselves into shapes that according to all sense of reason and belief human bodies should not be capable of doing. As audience members, we are witness to a co-creative engagement between the performer’s personal capacities and the natural limitations of existence (not least of all gravity!). Being is best viewed silhouetted against the background of Non-Being, and part of the reason those acrobatics inspire such beauty and awe is because they take place within a context in which the potential for death or injury (or even simply the embarrassment of making a small misstep and landing on one’s butt) is always present.

And Miles Scott, dressed in a tiny Batsuit and climbing out of a black Lamborghini, his existence silhouetted against the specter of lymphoblastic leukemia. Would the event have been what it was if Miles had not just returned from the abyss? It was as if those of us squashed together in the crowd were there to welcome him back, to witness his Being and, in this way, come face-to-face with our own. I am reminded of something that a Peruvian friend once said to me, that, “You may know yourself, but you can never see yourself. For that you need another person” (Webb, 2012, p.139).* The same, I think, is true of our desire to touch the deeps truths of existence.

So, sure, Being is an elusive thing. Perhaps naturally and necessarily so, for existence is not a static noun, but a verb—it is something that is always in process of becoming, and therefore, is never exactly the same from moment to moment. And, yet … maybe it is not quite as elusive as our individualistic attempts might lead us to believe. I tend to think that the road to Being comes from bearing witness to the achievements and existence of others, through which our own Being and potentia cannot help but echo in response.

*To this sentiment, I would add the African principle of Ubuntu, that “a human is human because of other humans.” (Achebe, 2002).

Today’s guest contributor, Hillary S. Webb, PhD, is a psychological anthropologist and the author of Yanantin and Masintin in the Andean World: Complementary Dualism in Modern Peru, Traveling between the Worlds: Conversations with Contemporary Shamans, and Exploring Shamanism.