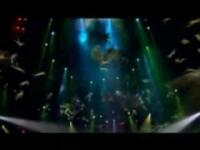 One morning last week, I awoke from a strange dream. I don’t recall all the particulars, but it involved a scene where I was living and working with a group of “not-quite-human” creatures made of silicone, integrated circuits and bio-engineered, synthetic flesh. These engineered creatures seemed to have acquired human-like appearances, capabilities, and behaviors; to such an extent that at times it was almost impossible to distinguish them from real “biological” humans.

In this dream, I had developed a close relationship with a particularly friendly and engaging member of this quasi-human “species” who I considered a trusted “friend.” Although I could not resolve whether to refer to this individual as “he” or “she” or “it”, I felt I could trust this robotic presence with my life.

Was this blind faith in technology? Had the much lauded “ghost in the machine” finally merged with the machine itself?  After all, this advanced cybernetic being had been designed by the world’s top scientists, explicitly for the purpose of guiding its human creators towards effective problem solving in a world of systemic complexity.

Having achieved what felt like a trusting mutual relationship across the boundary that separates human and non-human, I decided to ask my new-found techno-friend a series of deep philosophical questions; questions arising from the contemplation of original causes — questions of meaning and purpose — questions that might lead me to the discovery of some central truth that could guide me and my fellow humans through this messy and confusing era in our planet’s history.

What occurred next in this strange dream inspired me to write this blog.

My companion took me by the hand and led me to the edge of a forest glen. Having acquired the ability to silently penetrate my thoughts, he (she, it) suggested that this was a place where I could “pray.” As I stepped forward, my companion stayed behind, as if to say “now you must go where I cannot go.”

When I awoke, I found myself in the Riviera Hotel in Las Vegas, and recalled that I was attending a conference of the National Association of Agricultural Educators. With the dream fresh in my mind, I thought about how funny it was to be holding an agricultural conference in the middle of the desert, a place that lacked natural sources of soil and water, yet was unparalleled in its exuberance, sensuality and expression of popular culture as high art. I thought, this place undeniably is “alive,” but in what sense?

Author Ray Kurzweil, in his book The Singularity is Near: When Humans Transcend Biology, posits that humanity stands on the verge of a new era, in which “our species breaks the shackles of its genetic legacy and achieves inconceivable heights of intelligence, material progress, and longevity.” Presenting a substantial body of interdisciplinary evidence within a theoretical framework focusing on technology evolution, Kurzweil presents an optimistic view of the future evolution of our species in concert with our technological extensions. He also highlights the profound social and philosophical challenges these changes will force upon society.

Las Vegas is a living testament to the human ability to grow fantastic dreams and concentrate living energy with audacious disregard for the natural living systems that feed, water and otherwise sustain us as living creatures. In today’s technologically mediated world, nature’s mysterious wisdom is often disregarded, even as everything man-made seems to be becoming “smart.” The energy grid, vehicles, buildings, weapons, you name it.  Yet, with all this “smartness” surrounding us, are we becoming smarter?

As I emerged into waking consciousness, leaving behind a trusted, techno-friend who implored me to pray at the edge of a mysterious dream forest, I decide I must lead from the very center of my being, and stand with those thoughtful people who have insisted that humanity can, and must, learn to guide evolution itself.

Our generation has inherited the gift of brilliant evolutionary thinkers, including the late Erich Jantsch and Bela Banathy, who both insisted that “evolutionary consciousness” as a foundation for the emergence of designing, values-guided human culture can guide positive change within the context of a complex, globally interdependent, post-human world.

But what does all this mean, really? Through our technological extensions, we have inaugurated the era of the anthropocene, a new reality on earth where even the most routine human activities can have profound global implications. Those of us living today are burdened or blessed (you choose) with the knowledge that our species has become a geologic force.  Interdisciplinary thinkers with funny titles like “paleo-ecologist” tell us that the very climate we are altering was created by life itself.  Other integrative thinkers at the edges of science and religion, including the late Carl Sagan, assure us that we are “made of stardust.”

So, as strange as it may seem to be reporting a moment of bloggable (is that a word?) insight realized while awakening from a strange dream in the very hotel-casino that served as the setting for the film “Hangover,” I invite you to consider this:  It simply will not work to have one set of ethics for how we treat fellow humans and another for the non-human. As the boundaries between humans, our technological extensions, and the rest of the life world become increasingly fuzzy, we must learn to embody and share a new kind of intelligence; one that perserves our humanity even as we participate as moral agents within a larger, living subjectivity. We must realize that our technological extensions are part of ourselves, just as we (humans), consciousness and all, are extensions of that larger presence we call “life.”

To bring this level of intentionality to our work, even as our realities are being shaped and reshaped by rapidly evolving technological innovations, we must be proactive in acquiring the skills needed to work mindfully with our extensions, upholding the precautionary principle in a world of global peril and interconnection that cannot long withstand the kind of treatment that “modern science” has bestowed upon the lab rat.

Following on the insight of Janine Benyus, author of Biomimicry: Innovation Inspired by Nature, we must design our techno-extensions and our built environments to align with “life’s principles,” and to uphold the intrinsic value of life by creating conditions that are conducive to its flourishing. As we contemplate the implications of being “unshackled”  from our own genetic legacy (a metaphor that invokes unhelpful images of nature as prison guard) we should remember that biological life contains endless untapped potentials that must be protected and preserved. Like Mr. Kurzweil, we must study the evolutionary implications of technology, but we also must struggle with its real-world ethical implications long enough to transcend the abstract “mythological” thinking of the techno-optimist.

Furthermore, we must learn to transcend anthropocentrism (consisting of the tendency to project human-like characteristics into the non-human world in ways that colonizes and devalues the non-human other – a tendency that unfortunately is rampant throughout the commercial media).

Shall I go on? We must learn that there is no such thing as “moral neutrality” in a world where human agency is magnified by our technological extensions. Avoidance of moral hazard or political controversy by assuming the pretense of a value-neutral stance, whether in the classroom, in the laboratory, or in cyberspace, is a common practice that perpetuates a dangerous illusion; an assumption of freedom without responsibility. In other words, as we rush to develop new careers in the so-called “STEM fields” we must find the courage to keep inquiring about underlying values within the great traditions of philosophy and the so-called “humanities.”

We humans have inherited (or pirated, you choose) the ship of evolution, and so now we must assume our post at the pilot’s wheel. Within this new cosmic role, it behooves each of us to remember the last time we glimpsed perfection in the elegant forms of the natural world. We must ask ourselves: How can we learn to work harmoniously within “nature” even as the world around us seems to be becoming less and less natural?

In this emerging post-human world, our high calling is to locate anew the value-centers that will guide us as evolutionary learners equipped with unprecedented technological powers. In sum, we must learn to design our social and technological systems to guide evolutionary change so that all things embody the emergent values and dynamic qualities of life in its fullest expression.