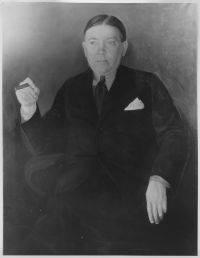 Florence King once defined “misanthropes” as “people who can’t suffer fools, and like to see fools suffer.” It’s hard for me to think of a healthier motto, and I’d like to suggest by way of this essay that King’s 1993 history of misanthropy, “With Charity Toward None,” should be on psychology licensing exams. She makes a compelling case that misanthropes are mentally healthier than the rest of us.

It’s a message that ought to get a fair hearing.

Much in the same way that we simultaneously exalt creativity in the abstract but persecute it when it’s actually in front of us, we pay lip service to the notion of non-conformity (mostly through purchasing choices), but are actually terrified of anyone who rocks the boat because we might get sea sick. There’s an implicit assumption among providers of mental health care, psychodynamic providers to a certain extent but pharmaceutical dispensaries in particular, that “healthy” individuals all act more or less the same. They smile a lot, socialize well with others, and don’t kick up too much of a fuss. They look on the brighter side of life. They are, in a certain sense, passive in the face of overwhelming bullshit.

To ask “how else could it be?” is to be either prejudiced against or ignorant of epistemological diversity. To mistake the manners of contemporary society for mental health, as though “to fit in” were a litmus test for sanity. It is not so. A refusal to play nice can be the essence of self-actualization. This has come up most recently at Gawker, of all places, where Tom Socca has written a manifesto for snark in our time. He writes:

Over time, it has become clear that anti-negativity is a worldview of its own, a particular mode of thinking and argument, no matter how evasively or vapidly it chooses to express itself. … What is snark reacting to? It is reacting to smarm. What is smarm, exactly? Smarm is a kind of performance—an assumption of the forms of seriousness, of virtue, of constructiveness, without the substance. Smarm is concerned with appropriateness and with tone. Smarm disapproves.

Smarm is not the same as the kind of social hypocrisy that has always existed in every time and place, but come to be epitomized by the Victorians. That kind of hypocrisy was, as Oscar Wilde famously phrased it, “the homage vice pays to virtue.” That is to say, it has often been understood in past times and places that good manners and social niceties are a front that one puts on for the good of the community, with only so much to say about the character of the person who displays them. Or … rather … that what was being said about character was self-mastery, the ability to discipline oneself, instead of any innate goodness. Indeed, the Victorian view of human nature, like the Stoics’ and many others, was of man-the-animal who must be tamed. “Character” was a display of mastery over self, because we were all understood to be bastards under the surface.

A reasonable case can be made.

Smarm is different, making no allowances that often all we are trying to do is play by arbitrary, often ill-conceived, social rules. Rather, smarm is supposed to represent the actual thoughts and feelings of the speaker (following a magic rule of as outside, so inside). “Niceness as practiced by Americans,” King wrote, “is a festival of misanthropy denied. We are so afraid of the hostility within us that confrontations barely get started before somebody pops up and announces, ‘The healing has begun.’ Fear of getting mad is so widespread that nobody says mad anymore. The word is angry; somehow it sounds less mad than mad. “

What misanthropes and proponents of snark—the linguistic reaction against smarm that predominates online—are both reacting to is the colossal amount of bullshit individuals have to cope with on a daily basis—a level that 24-hour cable news and the internet itself has only increased during the last 20 years.

“Every normal man,” confirmed misanthrope H.L. Mencken wrote, “must be tempted, at times, to spit on his hands, hoist the black flag, and begin slitting throats.”

Or, if that’s too, ahem, “angry” for you, here’s another Mencken quote that gets at the same thing:

That is not an unhealthy impulse. Far from it. Yet we are coming dangerous close to insisting that this is pathological, and drumming it, or drugging it, out of existence.

But misanthropy goes all the way back to the moment Adam and Eve were first disappointed in each other, while snark is a new way that mentally sound individuals have developed to speak out against prevailing social forces that pre-Tom Socca were hard to name and identify. Every generation surely develops such strategies for its own time. Waging a justified war on behalf of both the sonofabitch and the honest man.

Mental health professionals, and theorists of human nature, need to be familiar with these strategies. More: we need to be on their side.

Psychodynamic approaches to mental health have this over pharmacological approaches: by looking at the person, rather than just the symptoms, we’re able (if we try) to differentiate between the rantings of a lunatic and the ranting of someone with something to say. That matters.