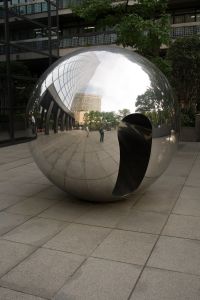 It was some years ago, while in my late 20s, that I began therapy and an apprenticeship of sorts with an admired existential psychotherapist. I was intrigued to work with him because of his training and life-long friendship with the controversial and pioneering Scottish psychiatrist, R. D. Laing. As a student of consciousness and existential philosophy, and a practitioner of Buddhist psychology, I had been fascinated by Laing’s work in re-conceptualizing the nature of the individual as pathological to one where context and relationships were inseparable in both the formation of human suffering and its healing. I hoped to be able to drink in any transmission I could through sharing time and space with this man whose own life had been so deeply shaped by the experiences he and Laing had shared together.

Driving over to his office each week for our meetings, I couldn’t help but be aware of my mind and body sensations because of how accelerated and “on” I would feel. I liked this experience because it indicated to me that I was involving myself in something that mattered. I knew I was consciously “turning up my own volume.” From my studies in the dharma, I had discovered that there was a unique kind of energy that could be sourced by taking oneself towards environments, both inner or outer, that provoked, rattled, or stirred experience in a particular way. Within these associations, I had learned that an inner power could be kindled through aligning with this arising of energy. My experiences with Buddhist meditation as a young child had set the stage for the most potent provocation of all. Meditation had been a vivid teacher in allowing me to begin to discern the energies that preceded experiences of potential insight and transformation. In forms such as these, an interruption of one’s habits could occur, causing a breakthrough that in turn influenced samvega, a Buddhist Pali word that describes spiritual ignition or dharma urgency.

On one particular morning, after about three initial sessions, upon arriving and sitting down to begin, the conditions had been somehow set for this kind of spiritual opening to occur. As I sat quietly for a moment considering what I might say, and where I might begin, his deep voice broke in, interrupting my thoughts.

“Jeannine,” he began, “it seems like when you come here, you think you need to bring an idea, or a problem, and then we go about the process of seeing if we can resolve it somehow. What if,” he said while pausing to extend his long arm open, and then slowly sweeping it around the large empty room behind him, “you could use this time, for anything. What if you could use the whole of this space to explore anything? What would you imagine?”

And right there, in the vast openness of that moment, everything dropped. All those ideas and thoughts and concepts that related to a “me” that somehow needed to be fixed, or analyzed, or even understood dissolved into a backdrop of infinite space. The moment grew so big it felt like the ground fell right out from under me. And then I dove. I just dove straight into that spacious and timeless, cognizant and playful void, and I touched the limitless perfection of freedom. It was suddenly all right there, the freedom that I thought I had to look for.

This grace-infused moment shifted something in me and became a catalyst in a succession of experiences, propelled this insight further, and fueling a decade-long immersion and exploration in how the dharma is experienced in relationship. That day, I saw that to associate with freedom is where and how we come to know freedom: by encountering it, touching it, moving and dancing with it, playing in it, and by utterly dropping, even for just a moment, our patterns, our certainties and the endless stream of our stories. In this unexpected interruption of our habits, who we “think” we are temporarily suspends, and we naturally expand into the playground of our own innate being. In this unbound atmosphere, that which has never been known before has the space to emerge and be seen.

To open ourselves to the freedom that is here and now and that can be co-creatively discovered in relationship, brings into visibility a doorway into an atmosphere that nurtures our mutual liberation. R. D. Laing (1967) once wrote in regard to the therapeutic relationship, “true psychotherapy must be an obstinate attempt of two people to recover the wholeness of being human through the relationship between them” (p. 53). In my therapist’s willingness that day, to invite the unexpected into the space between us, and my own awareness of the associations that increased samvega (spiritual ignition), a ripeness ensued, an unconditional space opened, and I was able to extend my sense of self beyond any problem, and encompass an unmapped terrain of my identity. In this exploration of unlimited nature, freedom was lived. The therapeutic space became an atmosphere to explore being free.

What if, in the same way, the contexts of all of our relationships could be seen as the practice of freedom, where we explored being free, right now? What if we were able to see and know that there was nothing actually wrong and could “begin” from there? Who would we be? And what would we become?

To encounter and associate with the aspects of ourselves that are completely uncontrived is what a relationship in the dharma opens us towards. Relationship in this way, irrespective of its particular form, whether with a therapist, teacher, spiritual guide, lover, or friend can catalyze a ripening that leads to the emergence of insight, thus becoming the meeting place for the unfolding of our unborn higher potentials. The willingness to encounter oneself within this shared field of awareness gives rise to an unconditional spaciousness, against which our nature as unbound ascends into view. In this atmosphere, we sense and touch new experiences of ourselves, and freedom itself becomes a mirror reflecting back to us, who we truly are. As these previously hidden realties emerge, the heart releases, and we catch glimpses of our most essential and original selves.

The gradient in which we resist this freedom is where degrees of dukkha, the Buddha’s First Noble Truth of suffering, germinate. How amazing that in our insistence on life being something other than what it is, it is this fundamental core reality of freedom that is missed, the very experience we most long for.

Touching the transformative nature of the dharma, in relationship, takes you towards a boundless interconnected infinity, where no label applies for the oasis of the unconditioned. And by way of this Relational Dharma (see Davies 2009, 2010, in press), we become more grounded in the fundamental weightlessness of the freedom that is touched. This enables the wisdom to live in a kind of freedom beyond form, one that is lucid, dimensional, and fully enlivened by the joy of living a life that is fed through the curiosity of mystery.

Today’s guest contributor, Jeannine A. Davies, PhD, is faculty at Saybrook University where she teaches Saybrook’s seminal course on Alan Watts and co-leads the trauma certificate program. She is a licensed psychotherapist in private practice in Vancouver B.C., and founder of Relational Dharma, a transformational model and psychotherapeutic path of intersubjectivity inspired by a contemporary re-envisioning of the central teaching within Buddhism of interdependence. Her websites are www.drjeanninedavies.com and www.relationaldharma.org.