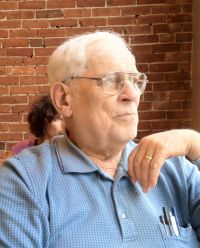 In the field of phenomenological research, no one has done more to establish its legitimate scientific credentials than Amedeo Giorgi.

In a new essay now available to the New Existentialists’ library, Marc Applebaum describes how Giorgi has offered an alternative to the scientism and relativism often found in psychology and what passes for psychological research. In his inestimable career, Giorgi, in creating his phenomenological research methodology, developed an approach that yields “intersubjectively verifiable knowledge.”

Applebaum explains that a solid approach must also be methodical and teachable, and Giorgi has proven that, in his work with countless students worldwide.

Applebaum said that Giorgi has always been dedicated to the idea of establishing psychology as a human science, defining psychology as “the study of subjectivity.” By creating a methodology invoking the work of Edmund Husserl, Giorgi allows the researcher to approach the project with an attitude of “open expectancy.”

In this essay, Applebaum discusses Giorgi’s work, situating in the context of other approaches to phenomenology, both philosophical and psychological, to understand Giorgi’s unique contribution to field.

To learn more about Amedeo Giorgio and the phenomenological research method, download the article below—or browse other papers in our library.

Beyond Scientism and Relativism: Giorgi’s Commitment to Human Science