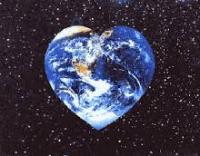 Last week, I joined with nearly one thousand public, private and non-profit professionals who came from all around the world, system leaders who gathered at the Massachusetts Institute of Technology (MIT) along with an equal number of participants who joined via on-line web streaming technology. At the “Global Presencing Forum,” co-sponsored by the MIT CoLab, the MIT Department of Urban Studies and Planning, the German Ministry of Economic Cooperation and Development and several others entities, our task over two days was to collectively engage in deep, future-oriented inquiry into systemic processes and pathways for transforming the current growth-oriented model of global capitalism. Our aim was to inquire deeply into the prospect of a new global reality that is more aligned with the actual quality of life needs of present and future generations; a shared image which, in language offered by MIT lecturer and systems theorist Otto Scharmer, might be characterized as a move to transform the institutions of global capitalism to the insitutions of an emerging “eco-system economy.”

I decided to join this forum in my role as a Saybrook student, with an intention to experience first-hand the kind of generative interaction across cultures and disciplines that would have been a rarity in days past, in the years when global relations were considered the exclusive domain of national governments and a handful of major corporations and NGOs.

I made the trip to Cambridge, mindful of the fact that at this historical moment of consequence, when advanced information processing and transportation technologies are enabling us to emerge as a global civil society and a global community, the realities of daily life for much of the human family reflect a deepening crisis of declining quality of life; a crisis with social, environmental and spiritual dimensions.

The occasion prompted me to reflect on an earlier moment in my career, about 15 years ago when I was living in Seattle working as a fisheries lawyer for the US federal government. In the Fall of 1999, having the privilege of a government salary and the ability to avail myself of paid leave time, I decided that for at least a couple of days I would leave my suit and tie behind in favor of a sea turtle costume. Presuming to carry a small part of the under-represented voice of the living oceans, I decided to join others (laborer unions, indigenous tribal groups, faith-based groups, youth organizations, NGOs, small business owners, artists and many others) in the streets of Seattle to protest a global conference of the World Trade Organization. Then, as now, it appeared that the very future of our world was weighing on the balance scale of competing worldviews.

Like so many others, I was deeply concerned about the implications should the predominant “cradle to grave” processes that define business as usual for the global industrial economy be allowed to prevail, unfettered, in dominating and shaping political, economic and cultural institutions that will determine our planetary future.  I was concerned about the manner that the “rules of the game” were being established without real democratic participation, to insidiously waste natural capital while inducing irrationally wasteful consumerism, and that the predominant model of global economic development would continue to strain the ability of individuals, organizations and communities to formulate adaptive responses to a rising tide of global challenges.

I now realize that on that occasion I had been not only a witness, but a participant, in the birth of a new force that has since continued to assert an increasingly dominant role in the public arena, the emergence of a “global civil society.”

Since that landmark “battle in Seattle,” much has occurred.  The massive international protests prompted by the US war in Iraq, the Arab spring, the “occupy movement” and today a diversity of globally-distributed peoples movements under the banner of “social justice” and ranging from LGBT rights, to empowerment of women and girls, to undocumented immigrants and “dream” children.

As of today, I find myself holding a question close to the heart: In this rapidly changing world of ours, what does it mean to be a global citizen?  At one level, that term sounds like an oxymoron.  After all, “citizenship” is a function of nationality, is it not?  Citizenship implies both rights and responsibilities. To be a citizen of a country implies a recognized legal status, and a kinship with all those who would stake their fortunes and go to war to defend the sovereign rights of a people.

And yet, who among this generation that has grown up with Apollo images of a shining blue planet — with its major boundaries defined by sea and land, and desert and forest, rather than by the capriciousness of geopolitics — can deny that something akin to a global citizenship must define our relationship to each other and to the institutions of culture, commerce and governance that are guiding change in this brave new era of the anthropocene.

I have been to international conferences before, and it is always a rich and fulfilling experience to engage in cross-cultural dialogue, while celebrating diversity across geographic and cultural distance.  However, on the occasion of the 2014 Global Presencing Forum, I experienced for the first time a kind of unity in participation that resonated at a deeper level. There was a feeling of collective human potential that seemed to transcend all the usual dualisms of race, ethnicity, gender, public-private sectors, academic discipline, and so forth; a potential that seemed to be emerging more from the heart than from the mind.

What had previously seemed like an abstract ideal, the prospect of a “non-dualistic” shared consciousness at the level of a global civil society, suddenly seemed like an emerging reality.  A week later, I still feel transformed by the revelation of a palpably felt, and mutually affirmed heart connection with my fellow “citizens” of our home planet; fellow members of the human family.

So what does this all mean?  With the rise of global civil society, capable of not only opposing tyranny, but of finding its way to a heart-felt, generative space in the presence of daunting global challenges, has the conversation moved beyond the laudable but arguably heavy-handed vision of the Club of Rome?  Are we ready to rethink our relationship to the global commons without the suggestion of world government, which to many in the US (and perhaps elsewhere) evokes images of “black helicopters”? Are we capable of guiding change at the institutional level, towards a new vision of global self-governance by an engaged and continuously evolving civil society embodying the principles of democracy, interdependence, harmony in diversity and social justice?

Over 40 years ago, philosopher, anthropologist and pioneering systems thinker Gregory Bateson observed that “the major problems in the world are the result of the difference between how nature works and the way people think.”  Today, this insight is as relevant as ever in the context of the 21st century global economy.  It captures with elegant simplicity the idea that, in this era of rapid global change and uncertainty, the future prospects for human quality of life may well turn on how this generation of leaders responds to an evolutionary imperative:  To create future conditions around the world that are genuinely favorable to human quality of life, we must fundamentally transform the predominant mindset (or level of consciousness) that created the institutions of modern global capitalism.

In recent years influential voices across multiple sectors of the global political economy have embraced Bateson’s implicit suggestion that leadership for a sustainable world demands a new “ecology of mind;” one that aligns human thought and culture with natural qualities found in living ecosystems. Organized efforts to align human design with living systems while bridging the gap between theoretical models and current practices at the individual, social and institutional levels include the Presencing Institute at MIT, Biomimicry 3.8, University of Adelaide’s (Australia) Evolutionary Learning Labs, Germany’s Institut für Partizipatives Gestalten, and Bhutan’s Gross National Happiness Centre, among others. A common thread running through all these efforts is a commitment to whole systems thinking, co-creative stakeholder participation, and the cultivation of nature-inspired values based on a deep appreciation of the complexity and emergent qualities of healthy, living systems.

Perhaps, under an emerging, participatory model of leadership that infuses local activism with the cultivation of global consciousness, even a diehard pragmatist like myself can suspend disbelief, and entertain the idea that we may finally be reaching a “bifurcation point” where real institutional change at the highest levels of political and economic governance may be at hand?