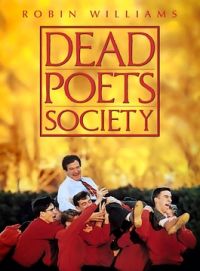 The legendary movie about the conflict between rote learning and passionate engagement with the humanities at a boys prep school in the 1950s recently celebrated its 20th anniversary—and came in for a resounding barrage of criticism.

Kevin Dettmar, an English professor at Pomona College, penned a piece for The Atlantic entitled “Dead Poets Society Is a Terrible Defense of the Humanities,” in which he accused the movie of shorting serious scholarship for “a fan’s relationship to the humanities.”

“Dead Poets Society,” he writes, “finally comes down to a preference for fans over critics, amateurs over professionals. Everyone engaged in the debates swirling around the humanities, it seems, is willing to let humanists pursue their interests as amateurs, letting ‘poetry work its magic … in the enchantment of the moment.’ … Scholars and teachers of the humanities, however: We will insist on being welcomed to the table as professionals.”

An essay in Salon piled on. Writing under the headline, “The Dead Poets Society Takeover of America: How Memes Ate Our Politics,”  Noah Berlatsky describes the film as “a perfect example of what Walter Benjamin called ‘the aestheticization of political life.’”

“Dead Poets Society itself,” he adds, “seems like an engine to subsume issues of democratic government and liberal individualism into aesthetics.”

It astonishes me that many of the same people who would argue against the idea that comic books cause violence or that jazz music tempts young people into sin are seriously putting forward the proposition that a movie glorifying the power of the literature to change lives is in fact damaging the study of literature—and democracy!—by … by … well, by what exactly?

In a media landscape where people who think for a living are usually portrayed as either British megalomaniacs bent on world domination or ineffectual bumblers who still haven’t had their first kiss, how can a movie that encourages people to read be destroying both the academy and political life?

Much of the ado carries the whiff of the usual critical liberal shibboleths. The movie about an all-White male prep school in the 50s is too White and too male. By accurately portraying the appropriations these characters would have felt entitled to take with native and diverse cultures, the movie perpetuates these appropriations.

It’s certainly fair to point out that this movie is representative of a vicious trend in Hollywood entertainment that refuses to give agency to anyone the White patriarchy deems “other.” But it’s equally impossible to ignore that this film has far more artistically legitimate reasons—of time, place, and setting—for this than most films. Further, Dead Poets Society is often explicitly critical of its own settings’ pretensions to authority: the point is exactly that the lives being prepared for these young men of privilege is stifling and insufficiently open to “otherness.”

Yet, the very efforts that the film takes to address these problems—such as when a character advocates for the prep school opening its doors to women—is panned as “a spectacle” (Berlatsky’s words) rather than a serious grappling with the issue.

Would it be crass of me to suggest that people who don’t want spectacle shouldn’t see movies?

But this level of criticism is more smoke than fire—a general, almost obligatory, set of critiques thrown by cultural studies academics at anything they don’t like in the hope that something sticks. Which is not to say that it’s always wrong, only that this is a clear case of hunting a fly with an elephant gun. To the extent Dead Poets Society is actually guilty of gratuitous “othering” (and I’ll freely admit it’s no better than most movies in this regard, though I’ll contend no worse), it is surely equally praiseworthy for conceptually setting a place at the table for those who are different: the movie’s whole point is that the very power structure it is strangely accused of upholding doesn’t have a grip on the imaginations of the young.

These, in any case, are side criticisms. The heart of the attack on Dead Poets Society, whether for destroying literature as a field of study or democracy itself, is that it isn’t cerebral enough: it encourages feeling over thinking.

There’s a reason there’s no Dead Novelists Society: for poetry, in the public imaginary, is the realm of feeling rather than thinking, and the very epitome of humanistic study. To understand how preposterous and offensive this stipulation is, turn it around. Imagine what would happen if we suddenly insisted that physics professors were ruining the beauty and mystery and wonder of the natural world by forcing students memorize equations. Or if we demanded that the politics department stop teaching courses in political theory.

It’s not an accident that Keating encourages his students to call him “O Captain, My Captain”—the phrase Whitman, at his most sloganeering, used to refer to Abraham Lincoln. Idolatry, loyalty, pageantry in the name of individualism and freedom—that’s not just the basis of Keating’s class. It’s the basis for our political life as well.

But isn’t poetry supposed to inspire? Surely, it’s not anti-intellectual to suggest that one ought to feel something when one is passionately engaged. Or is the point of learning the humanities not to engage? Is poetry better seen as a form of grammar that can be studied by rote and is only useful to the extent it is understood?

Sound familiar? This is exactly the idea that the film’s John Keating is arguing against. To accuse him of professional malpractice is to forget that he’s hardly alone. Billy Collins, America’s poet laureate emeritus, wrote a poem, “Introduction to Poetry,” that could serve as an anthem for Keating’s class:

Or press an ear against its hive.

I say drop a mouse into a poem
and watch him probe his way out,

Or walk inside the poem’s room
and feel the walls for a light switch.

I want them to water-ski
across the surface of a poem
waving at the author’s name on the shore.

But all they want to do
is tie the poem to a chair with rope
and torture a confession out of it.

They begin beating it with a hose
to find out what it really means.

Poems, and literature of all kinds, are not practical documents any more than music is: they are not best, let alone only, understood through a formal “decoding” process. They are best lived.

The notion that the humanities can best be understood through a form of scientific dissection is the product of a hyper-intellectualized, overly quantified, and positivistic approach to what makes us human.

Or, as Miguel de Unamuno put it in his classic work, The Tragic Sense of Life, “The intellect can never understand life, because life exists to be lived, not understood.”

Engagement with the humanities is how we do that. With poetry, yes, and literature, and film, and history, and all the rest. Which is not to say there is no place for careful reading and deep thinking—but it is also perhaps no accident that we are facing a “crisis of the humanities” at the very moment when partisans of the humanities (like Dettmar) are demanding that their field be acknowledged in quantitative terms.

Terms that—for a student in a classroom, and perhaps for society at large—tends to kill what is being taught.

Dead Poets Society may very well have been a failure from the standpoint of a critical reading of referenced texts, but as a document that both portrayed the engaging power of literature to change lives despite its lack of apparent practicality, and as a “text” that itself did so, it was a resounding success.

To get anything out of literature—let alone to carry literature and its accumulated wisdom, with us into the future—we must allow it to perplex, engage, and inspire. Dead Poets Society understood that. Sadly, its critics within the humanities do not.