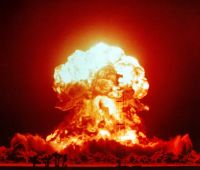 There is a reason that many of the most twisted and destructive people on this planet are not seen as “mental patients.” They tend to be ordinary or even celebrated individuals—and their brains are as “normal” as the rest of us. Does this not tell us something glaring about the inadequacy of our current diagnostic system, as well as the culture out of which it arises? We have no language for the malady that both supersedes and in many cases fuels the diagnostic categories we conventionally term psychiatric illnesses, and our reduction of them to brain abnormalities almost entirely blinds us to their deeper cause. This cause is overridingly environmental and the product not of sickness but of unaddressed, unacknowledged fear—which leads individuals and societies to become rigid, narrow, and destructive.

Time for a Broader Perspective
In the spirit of Thomas Szasz and R.D. Laing, it is time to revisit the terms “mental illness” and “mental disorder.” While mental illness implies the presence of detectable tissue pathology and mental disorder implies a discrete deviation from normal functioning as defined by the Diagnostic and Statistical Manual of the American Psychiatric Association (DSM), neither concept holds up well under close scrutiny. Mental illness, for example, is rarely corroborated by the clear presence of tissue pathology, and when it is, it tends to be dispositional rather than determinative. The second category, mental disorder, is conventionally confined to those who are 1) socially isolated; 2) professionally referred; or 3) socially powerless. The problem, however, is that the category is much broader than is generally conceived.

There are legions of people who fit many aspects of what is conventionally termed mentally disordered and they are never considered as such either by authorities or by the authority-adhering public. Consider, for example, the relevance of the following set of traits, drawn from the DSM, to many of the world’s most notorious political leaders, business and religious leaders and everyday bullies, bigots, and nationalists. (Let’s not forget that 72 short years ago eight out of the fifteen leaders assembled at the ill-famed Wannsee conference in Nazi Germany, which instigated the “Final Solution,” were doctors!). Consider how problematic it is to restrict diagnoses to a relatively small and powerless constituency of mental patients (the so-called mentally ill) while forgetting that the most egregious possessors of such qualities often reside casually next door, or worse, in the most lavish chambers of national capitols.

The traits to which I refer are first, the diagnostic criteria for psychopathic personality. These include:
1. A callous unconcern for the feelings of others
2. The incapacity to maintain enduring relationships
3. The reckless disregard for the safety of others
4. Deceitfulness: the repeated lying and conning others for profit
5. The incapacity to experience guilt, and
6. The failure to conform to social norms with respect to lawful behaviors

I would also add the diagnostic criteria for narcissistic personality, which include:
1. A grandiose sense of self importance
2. A preoccupation with fantasies of unlimited success or power
3. A sense of entitlement, a lack of empathy, and an unwillingness to recognize the needs of others, and finally,
4. Arrogance

It is in this context then that I advocate for a radical overhaul in our conception of mental disorder. I advocate for a terminology that can capture the breadth of the problem we conventionally attribute to the marginalized and disenfranchised. This terminology is the polarized mind. The polarized mind is the fixation on one point of view to the utter exclusion of competing points of view, and it is the perennial plague of humanity.

Over and over again, generation after generation, the major cultures of the world seem to produce the polarized mind, and it is almost always hidden in plain sight, until disaster strikes. How does the polarized mind arise? As terror management theory has so adroitly shown, the polarized mind is frequently a byproduct of fear—and fear has its roots in the terror of death. In the absence of intervention, people will do all they can to avoid this terror, including becoming inflated and terrifying themselves as a result. Right now, polarized minds appear to be at work at mass shootings in public institutions (as in local malls), suicide bombings (as in Syria and Iraq), and vigilante killings (as in the Trayvon Martin case). But polarized minds are also in evidence in the corporate manipulations of Congress, willful compromises of the environment, hateful media punditry, and the surveillance state.

In short, if we are to address the problem of mental disturbance in our communities, and indeed the world, we must address the cultures and upbringings that give rise to such disturbance, and we must dig for resources far beyond that of the medical or psychological clinic.

A Manhattan Project for Depth Psychology
It is in this light that I propose what I call the equivalence of a Manhattan Project for Depth Psychology.* We could begin this project with pilot studies of longer term, relational psychotherapy programs for troubled youth. Such studies could help us understand the fuller and longer-term impact of depth psychotherapy for youth, their families, and communities. Second, we could develop pilot programs to assess the impact of arts and humanities and emotional intelligence curricula in public schools. These kinds of studies would help us to understand how and whether the advice of wisdom traditions, both contemporary and classic, can have a therapeutic effect on developing children.

Finally, we could implement a pilot study of confidential, psychologically facilitated encounters between heads of state or leaders of government. These encounters could be fashioned to emulate the approaches we have used quite successfully in couples counseling and conflict resolution groups. Such encounters help ostensibly adversarial individuals or small groups to understand each other as persons rather than as simplistic stereotypes, and to gradually, as the understanding grows, appreciate points of commonality. Such commonality is the basis for consensus, and consensus under such circumstances, the basis for a more just and stable world. Pilot studies of this kind would give us a chance to see if what we observe in the consulting room and the occasional intercultural exchange, can work at the highest levels of decision-making.

These anti-polarization measures may not be easy to implement, and they wouldn’t take place overnight, but they are certainly doable. Furthermore, if we don’t recognize that conventional psychiatric approaches—and terminology—are insufficient to the task of understanding those who rule and often threaten our world we will remain in jeopardy.

*By “depth psychology,” I mean existentially informed quantitative and qualitative analyses of the human condition. These analyses attempt to address the underlying fears and desires of being a person against the backdrop of existential realities such as life and death, freedom and limits, and fragility and courage.

AUTHOR’S NOTE: This article is drawn from my recent book The Polarized Mind: Why It’s Killing Us and What We Can Do About It (University Professors Press, 2013). More information about this book and related writings can be found at http://www.kirkjschneider.com as well as Amazon.com at http://www.amazon.com/The-Polarized-Mind-Killing-about/dp/1939686008

NOTE: A version of this post appeared on the blogs for Psychology Today.