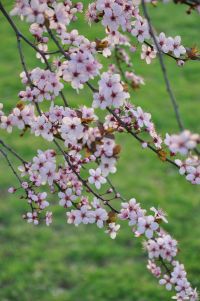 March 20 marked the Vernal Equinox—the first day of Spring—when new growth begins. Thus, in honor of the impending burst of new life, this existential roundup will be a veritable potpourri of the new thinking bursting out all around us.

As existential psychologists, we can try to be present with and for our clients as much as humanly possible. But we are, of course, bound by our human limitations. Do we, then, turn to new digital technologies for help? That is a question to peruse when we examine the APA Monitor’s report on new digital technologies to help clients deal with symptoms from issues such as PTSD trauma when the therapist is not around.

Two articles discuss our ability to be authentic in the working world. The Association for Psychological Science’s report on the “The Culture of Meetings” and The Wall Street Journal’s report on “Success Outside the Dress Code” both deal with issues of conformity. The former looked at cultural differences between members of teams at meetings and found that members of different cultures used different strategies to reach consensus. The researchers used participants from the U.S. and Germany and found that while American team members focused on looking for solutions, German team members focused on analyzing problems. The Wall Street Journal’s article took a different approach, suggesting that those who highlight their differences in subtle ways—who make themselves stand out from the pack—can boost their standing, influence, and even perceived competency. The researchers looked at clothing differences and office presentation style differences in different in environments as witnessed by different people and gauged the responses. However, the researchers did find there were limits to how far people could be out of sync with the pack and still be considered “better”—for example, they said, a red bow tie at a black tie event was still considered in bad taste and would erase positive feelings.

But if thoughts of spring have you longing for summer and vacation and dreams of another time and place, perhaps you might be interested in Asylum Tourism, courtesy of the APA Monitor. If you have ever seen the 1946 film Bedlam with Anna Lee and Boris Karloff, then you know that in the 18th and 19th centuries, touring asylums and seeing the inmates was quite a popular attraction for many in the upper classes. Recalling this heinous treatment of those with psychological disturbances is a part of our history as psychologists and humans that we need to remember, as Foucault points out as well.

This is all part of being naturally mindful, although mindfulness is now perhaps the biggest buzzword to hit psychology in years, as The Washington Post reports. Trying to separate the fads from the science is often difficult, as there are courses all over the world promising stress reduction and all sorts of other things. There are even apps for mindfulness. But those who have practiced mindfulness meditation for years know that like anything, it is a practice, and not an instant cure-all for everything that ails you. And those who practice can often cope better with life’s daily stressors.

If we know anything as existential practitioners, we know that there is no objective truth—everything is filtered through our own individual sets of experiences. This is why a new article in the Pacific Standard—“What, Me Biased?—is important reading for all of us. This article discusses how new research shows that even when people are shown that they are using a strategy that they concede is biased, that they still insist that they are speaking the objective truth. According to the research team led by Emily Pronin and Katherine Hansen of Princeton University, “Recognizing one’s bias is a critical first step in trying to correct for it. These experiments make clear how difficult that first step can be to reach.”

In this research, with its obvious political ramifications, the team chose to use examples from art—paintings by famous artists and by unknowns. But participants rated higher the works they knew to be by famous artists even though they promised to be completely objective and were indeed convinced of their own objectivity, although they recognized that they had seen the names. Those who were not shown the artists’ names rated the artistic merits of the two groups the same.

Perhaps armed with this knowledge, we can now go off and do a little spring cleaning of all our biases. If we have any, that is.