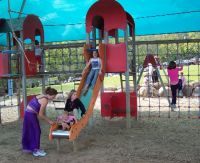 With Spring Break coming up for elementary, middle, and high school children, many people may be wondering about what to do with the children for this Passover/Easter/vacation week? And the most burning question of all—what psychological and existential questions can we discuss? Well, fear no more. This week’s roundup is here to help you out of your conundrum.

Having been teenagers ourselves, we know that teenagers need to be teenagers—have their own experiences, make their own mistakes, and discover their own identities on the road to adulthood. And that’s one reason why the arguments that appear generation after generation about how popular music is corrupting our teens will both continue to appear and continue to have no effect. The latest entry appears in the Pacific Standard, asking, “Is Pop Music Turning Teens Into Alcoholics?” The article reports on a new study in Alcoholism: Clinical & Experimental Research that suggests that references to alcohol in popular music have influenced teens’ drinking habits. The researchers polled 15- to 25-year-olds around the country and told the names of popular songs from 2005 to 2007. They then asked participants to try to recall names of alcohol brands mentioned in those songs. The researchers, after controlling for such factors including race, socio-economic status, and friends’ and family’s alcohol use, determined that twice as many people who could recall the alcohol brands had participated in binge drinking at least once. Honestly, I’m not sure I’m convinced.

And what about those books teenagers are reading? In Texas, perhaps the perfect place to conduct this research, the Pacific Standard reports that banned books do indeed have an impact on young minds. Tom Jacobs’ article, “The Not-So-Horrible Consequences of Reading Banned Books” says that much to the chagrin of many (Texas?) parents, reading banned books turns out to lead to more civic-minded activities, such as involvement in volunteer work. Reporting on the research by Christopher Ferguson of Stetson University, which appears in the Journal of Psychology of Aesthetics, Creativity and the Arts, Jacobs said that reading books ranging from The Catcher in the Rye to The Color Purple to the Harry Potter series to The Hunger Games did not contribute towards violent or nonviolent crime, or even towards GPA, but rather towards activities such as volunteer work, charitable giving, and campaign work.

Maybe you don’t have older children—maybe you have younger children, clamoring to know “why”—clamoring already to create their own meaning in the world. You can start with the light topic of evolution. NPR reports on a new collection of evolution storybooks, in the tradition of Rudyard Kipling’s “Just So Stories,” as well as some of the arguments for and against teaching some of the ideas of evolution to young children, so you can choose for yourself.

Just remember, though, that if you are trying to hide something from your child, that they can read your face. The Association for Psychological Science reports that children as young as 3 years old form first impressions from adults’ faces, particularly concerning trustworthiness and competence. Researchers from Harvard University compared the abilities of children ages 3-10 with those of adults and found them comparable in aforementioned areas. Adults, however, scored higher in assessing levels of dominance, the third trait measured.

This may be one reason why our kids do not need as much protection as we think. In The Atlantic, Hanna Rosin writes about “The Overprotected Kid,” a fascinating look at what happens when children can make their own choices about play as opposed to have them made for them by the highly regulated play spaces safety regulators have imposed upon them “for their own good.”

Of course, vacation will not last forever. When kids go back to school, they will have to prepare for end-of-year testing, and that means two things: they will need to take good notes and they will be stressed. The Chronicle of Higher Education reports that despite the prevalence of computers and tablets, good old-fashioned handwritten note-taking is the best way to improve academic performance. The researchers found that those who wrote their notes instead of typed recalled twice as much, even though those who typed had twice as many notes.

The Daily Good provides some wise words for “Helping Kids Overcome Their Fear of Failure.” The article was in response to calls in many publications (see, for example, The New York Times) questioning if kids needed more “grit.” NPR asked “Does Teaching Kids to Get Gritty Help Them Get Ahead?” And then, to further complicate the issue, the Association of Psychological Science reports “Human Under the Skin: How Childhood Adversity Take Its Toll.” This study looked at young adults in Queensland and how their habits as teenagers, early parenthood, and poverty have led to physical illnesses. So it is not just about mental toughness but also physical hardiness as well.

Lest we think that our brief time with our children should be all about fixing them, changing them, shaping them, and molding them into the adults we think they should be, I will end this with a lovely tale of a mother who is absolutely fine with her son and who he is. Mary Evelyn writes about “My Son’s Disability Defines Him (And I’m OK With That).” She writes: