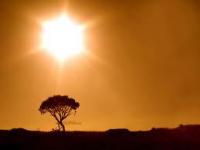 Following some encounters I had early last month leading up to the 104th anniversary of the International Women’s Day I am reminded of lessons learned here at Saybrook University on helping human systems. I participated in an event with a group of about 100 Christian women from one of the parishes in Southwestern Kenya at a church located about 65 kilometers from my parent’s home, on a hillside in the outskirts of Kisii town.

I had been invited by the lead organizer of this group to speak at their monthly meeting that brings together women from all centers of the parish. The meeting kicked off with songs and prayers and a reminder by the designated priest that this year is “the year of the family.” Very energetic and interactive conversations ensued with the women sharing rather authentically and citing real life experiences of the challenges they face within their families as well as how some of them have resolved these challenges using the four pillars of “love, truth, justice and reconciliation.”

I was invited to speak and had about 30 minutes to facilitate a conversation on women’s human rights. Acknowledging that we did not have enough time to get into the level of depth that would be necessary to have a meaningful conversation about women’s rights in general, I chose to only talk about the practice of female genital mutilation (FGM) within our community, because this is an area that has largely been overcast by silence within certain social circles in Gusii.

In an attempt to “access my ignorance” on where this group of women were on the topic of FGM, I chose to stay in inquiry mode asking certain questions to help guide the conversation. The responses from the audience were great and forthcoming with perhaps the majority of the women raising their hands to indicate that they supported the practice of FGM. I admired these women for their honesty and authenticity. They used their voices and made their position on this issue clear, which opened up an opportunity for a conversation. I have been at other forums where perhaps out of fear the women choose to be silent or indicate that they have stopped practicing FGM, an outlawed practice in Kenya. Apparently, some of the women that indicate that they have stopped practicing FGM actually do engage in this practice. Some of them often later admit to continuing the practice. I understand that many factors come into play on what type of response one might get at any given time.

One of the oldest women in the audience glorified the practice of FGM as a necessary practice that is good for girls and women and our community because it distinguishes Abagusii women from neighboring communities like the Luo. One of the women shared that Abagusii girls want to undergo FGM so that they do not become like Luo women. Having been born and raised in Gusii, I am very familiar with this way of thinking and I wondered whether the women understood how Abagusii girls learned about not wanting to be like our Luo neighbors whose cultural practices do not include FGM. When I inquired whether God created all women equal regardless of the language we speak, where we live, or where we are from, there was some silence and then a group of women at the front gave a resounding, yes!

The priest was pacing up and down and approached me indicating that “this thing is sensitive.” I took the chance to inquire whether the Bible endorsed the practice of FGM. There was loud heckling particularly from the back of the room. Some of the women closer to the front of the room were whispering answers to some of the questions I had asked earlier, but when I gave them the microphone to share their input they declined to do so, either because they were shy or possibly because, for various reasons, they were afraid to publicly make their views known. When I shared some findings from studies that have been done in Gusii the heckling particularly from the back of the room got louder.

Clearly, this conversation could not continue, so I publically acknowledged that indeed this is a sensitive subject but challenged my fellow women that if we are to stay true to realizing the four pillars of “love, truth, justice and reconciliation” that we had been talking about earlier in the day; it would be important for those that would be interested to find time to have an honest conversation about the practice of FGM which has significant negative effects on girls, women, families and our community at large. I was later reminded by some of the men and women leaders that it was not good practice to challenge or oppose the church on positions it has taken. I wondered who the church was, is it the people, the leadership or a building? Was I being politely informed that the church’s leadership endorses the practice of FGM?

Keeping in mind Edgar Schein’s fourth process consultation principle, “everything that we do is an intervention,” I would not exactly consider my participation at the early March event with the Christian women’s group as being “process consultation.” In “accessing my ignorance” about the women’s position on the issue of FGM through dialogic inquiry; I attempted to initiate a process of challenging certain cultural assumptions about the practice of FGM within my community.

Upon further reflection on whether this brief conversation might have started the process of creating conditions for learning and enabling change, I believe that realistically, the time was too short to make a valid assessment. However, the conversation has begun and from a helping human systems perspective, that is most important.

I am reminded that in creating conditions for learning and change, we cannot guarantee stability and equilibrium but must find ways to embrace the uncertainty that comes with the reality and complexity of helping human systems in our diverse capacities. Whether this shows up as being heckled, understood, misunderstood, threatened, marginalized, embraced, rewarded or punished, it is the uncertainty that reminds us that we are interconnected with a living system in cosmic energy.

It is perhaps with this understanding that some leaders are able to harness courage to take a stand for humanity and practice what I call “bold leadership for humanity in practice.”  Such leadership realizes and is willing to face the uncertainty and consequences of taking a stand to consistently uphold human dignity by speaking out against practices such as FGM that undermine our collective dignity and violate human rights.

I am left reflecting upon the late Prof. Wangari Maathai’s words that “African women in general need to know that it is OK for them to be the way they are – to see the way they are as a strength and to be liberated from fear and from silence.” For the purpose of this writing and context, I interpret the “way they are” as the way they were born, and therefore, that they do not need to be mutilated. It is with this grounding that I hope more women leaders in Gusii can join the conversation on ending the practice of FGM as well as other practices that violate girls’ and women’s human rights.

The full version of this article can be accessed at ‘Creating Conditions for Learning and Change when “Everything you do is an Intervention’.