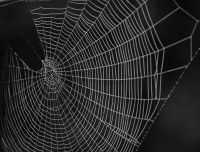 Consider this week’s roundup a bit of spring cleaning for body and soul—a time to sweep out the old and usher in the new. Or at least think about the cleaning we could be doing while we are doing everything else but.

The best spring cleaning starts from within, but as many of us know, that’s often the toughest. In the APA Monitor’s “Healing Thyself,” we learn about some of the barriers psychologists and psychotherapists face when choosing to engage in therapeutic relationships for themselves. The article highlights that despite all the obvious benefits, many therapists are afraid of issues such as social stigma, their own emotions, self-disclosure, and the treatment itself, and thus stay away from the therapy that could help them cope better with their lives and indeed with their own clients. What a sad state of affairs when a therapist fears increased self-awareness yet encourages that kind of awakening in his or her clients. As Carl Rogers would point out, that shows a lack of congruence, one of the key elements in a good therapeutic relationship.

If full self-awareness is too much for now, perhaps you might want to consider improving your mind. If so, you will be pleased to know that according to Slate, “Yes, IQ Really Matters.” The article cites a study from Psychological Science that found in a very large sample of 150,000 students from 110 schools that the SAT predicted first-year college GPA success about as accurately as high school grades did. The researchers said the best predictions were achieved by considering both testing and grades. And in another study, Michigan State University researchers found that over the four-year period of college studies, SAT or ACT scores correlated strongly with GPA by the end of the fourth year.

Furthermore, some of this testing helps us see where we are with more clarity, because it seems that often we are not the best judges of our own ability. Smart Planet asks “Why Do 40% of Us Think We Are in the Top 5%?” The article discusses our tendencies to overrate our abilities, especially when we do not have good feedback. What is even more interesting is that it describes how we estimate ability in others. After taking a test in logical reasoning, participants were asked to estimate how others did. They were able to accurately guess who performed poorly, but rated the “geniuses,” the perfect scorers, as merely average. They compare that to the initial poor critical response to Alfred Hitchcock’s Vertigo, now considered a cinematic masterpiece—that often genius or innovation is not recognized at the moment of its creation but only over time.

Lest we leave the body out, The Washington Post reports about new research linking diet and mind. The article cites research by Michael Berk of the Deakin University School of Medicine in Australia and his colleagues who have been studying the link between diet quality and mental health. In a 2011 analysis of 5000 Norwegian participants, Berk and his colleagues found that a diet consisting of meats and vegetables resulted in fewer reports of depression, anxiety, and bipolar disorder than did either diets consisting of typical Western diets heavy in processed foods or, so-called “healthy diets” emphasizing salads and tofu. The emphasis, the researchers found, should be on the simple, nutrient-dense foods. While additional research in the area is still slim, some scientists are looking at the connection between bacteria in the gut, which also produce serotonin, and dietary changes.

Finally, spring cleaning may just be about challenging your brain in whatever way you can. The Dallas Morning News reports the challenging your brain can keep you young and sharp, so why not?  And yes, you can do crossword puzzles if you want, but why not try something completely new? Digital photography? Learn an instrument. Learn a new language. Take an acting class. Study jazz dance. Study jazz flute. You don’t have to master these things, you just have to do them.

Imagine how many dust bunnies and cobwebs that will clear!