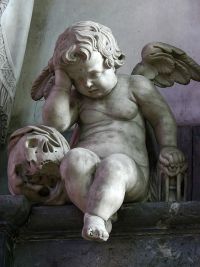 No more compassion for another
Just one more salesman’s pitch
Greener pastures still are searched. –Zagata, 2014

Death seems ever surrounded by clichés that protect the heart from experiencing the pain and grief that are needed for healing. Long ago, I discovered that most people just didn’t know what to do with hurting people, particularly those suffering a deep loss.

In my own life, when encountering difficult losses and life transitions, although I needed people, I found that I often first turned to writing. The poems provided a safer place where I knew I would be accepted without being told in some oversimplified way that it would get better.

We somehow forget that grief serves a purpose. It is not just something that we have to endure to get to the other side. Grief brings us something. In our pain, it gives us a gift. Poetry can help us accept and honor this gift. As Levertov (1988) writes:

Ah, grief, I should not treat you like a homeless dog
who comes to the back door
for a crust, for a meatless bone
I should trust you.

I should coax you
into the house and give you
your own corner,
a warm mat to lie on,
your own water dish.

Healing and Preserving
We seem to have a problem with healing in contemporary culture in that we fail to distinguish healing from being “cured.” Healing, at times, has an endpoint, but often is a lifelong process. Regardless, healing always leaves its mark. Even healing from a simple cold or a small cut leaves us with the imprint somewhere in our consciousness that we are vulnerable. From this awareness, we are changed. We live knowing we could again be cut, catch a cold, or worse.

In grieving, we simultaneously begin the healing process and preserve our pain; both are important. With grief, healing is something that takes a lifetime. One of my first grief writing experiences was at the loss of my good friend and mentor, Robert Murney. A picture of the two of us framed with a poem I wrote for him still hangs in my office. There are days, such as today, when I look at this preserved grief, and tears come to my eyes. And I am thankful. Those tears are part of the love, the friendship, and the lessons of our relationship. To stop crying would be to let go not just of the pain, but also the love, the joy, and the meaning. This is not masochistic; I don’t enjoy the pain. Rather, the pain is mixed with something else that makes the pain worth it and transforms the pain. Over time, the pain has changed, but I know it will never fully go away.

Poetry is a powerful tool to preserve the deeper meanings. In my collection of poems, I see preserved so much love, so much pain, so many lessons, and so much more.

Grief, Poetry, and Relationship
When my dog, Amaya, died, I was devastated. I knew some would understand, but others would think, “She was just a dog.” Whether these words were ever uttered, the sentiment was easy to recognize. While driving home the night that Amaya died, a poem was already beginning to form in my head. Once home, I immediately took to the keyboard. Once the poem was finished, I felt an immediately shift in my emotions. The grieving was done, but rather the processing of emotions along with the creating and preserving meaning had begun. Like a therapist, the poem facilitated the process.

Once the poem was finished, I immediately sent it off to five friends who I knew would understand the depth of this loss for me. As I received responses from them, I could feel the gap in my support system begin to mend. Part of what grieving does is that it serves to draw people in. When we lose someone important, we also lose the role that they played in our lives, frequently leaving a gap in our support system. When we grieve with others, it pulls people in, strengthening those relationships and repairing our support system.

I could have simply written to each of these friends saying, “Amaya died. I am devastated,” and I would have received their support and concern. Yet, it would not have been the same. Through the poem, they had a deeper sense of what I was going through. Expressing my pain to them in the form of poetry was also important and meaningful for me.

Poetry as a Witness
A few years ago, my mother became very sick and was in a coma for some time as doctors tried to figure out what was wrong. During these months of her illness, I regularly flew back and forth between California and Nebraska to be with her and my father. Fortunately, over time, they were able to diagnose the problem, and my mother lived. On those long plane rides, I often sat in my seat writing poems, hiding the tears that accompanied them from the strangers surrounding me.

The next Christmas, I created a book of these poems and some pictures as a gift to my mother. It was very meaning for all of us. It expressed my love and concern for my mother, but also served as a witness to what transpired those months while my mother lay there asleep in a coma. I have similarly documented other journeys and losses in poetry. These poems stand as a witness to the grief as well as to the healing.

Poetry as Concern
The first poem I ever shared with a client was written after a powerful session where she spoke to her feelings of an impending loss. Her feelings were quite complex so that they were difficult for her to express and difficult for me to reflect. After the session, I found myself immediately immersed in a poem. After sharing this with a colleague, I decided to share the poem, which was written as if in her voice, with the client. As the poem was finished, she looked up at me with tears in her eyes and said, “I always thought you understood, now I know.”

For many months, I had conveyed my care, concern, and understanding with this client, and she made progress in therapy. All the words of heartfelt concern and understanding could not convey the same depth of care as did the few words that comprised the poem.

Conclusion
I am going to close with a poem that I wrote concurrently with this piece, shifting back and forth between the narrative and the poem. It conveys much of the same message as the many words above. Yet, like the poem shared with my client, I imagine that the poem may be more effective than the narrative.

Death is ever surrounded
By clichés.
Words drawn from lips
As metal shards to a large magnet
Clinging with force
Sharp to touch.

Familiar words can be prickly
On the lips of those
Standing at a distance.
Using words of comfort
From afar
Hiding insecurities and fears
Partially known at most.

I retreat to my juggled words
Searching for the right combination
To fit the pieces of my heart.
With each toss
Words are cradled gently
Softly put in place.
Poems sometimes
Are safer than people.

As words take their shape
I ponder who can take
This truth.
For some the words obfuscate.
For others
They strengthen the walls
Or break through too quickly.
Then there are to those
Who hold the words
With all the love and the heart
in which they were created.
Leading the way to those
Who, with my heart,
I can trust.