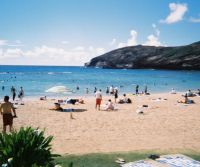 Now that summer has finally arrived, the urge to pull what my British colleagues call “a sickee” often comes upon us—that desire to take an unscheduled break from work and responsibilities and enjoy the warmth and sunshine, possibly either by a beach, lake, or pool.

It turns out that according to new research reported in The Atlantic, that animals can turn “sickness behaviors” on and off at will according to various social contexts. So, they can pull sickees too! Or pull themselves together when the situation requires it. One context in which this has been shown most is parenting. Those of you who are parents know how often you have had to put symptoms of your own illnesses aside to take care of your children. Apparently, this new research from the Royal Society for Biological Sciences shows that mice will do the same for their babies, while when mother birds get sick, the father birds take over parenting responsibilities. The research also showed that male mice are more likely to stop acting sick in front of a potential mate. While scientists suggest that too much extrapolation to human behavior is indeed overgeneralizing, it does give us some idea that humans are not alone in changing our behaviors in social contexts.

For those of you who read Drake Spaeth’s article in yesterday’s edition of the New Existentialists, you will recognize that that summer sunshine can definitely play a role in mood and creativity. When surrounded by the many of the darknesses and difficulties clients bringing to the therapeutic space, some psychologists, as the Monitor reports, turn to the arts as an outlet to express themselves and release energies. Music, song, dance, craft, watercolor, and photography all provide these psychologists both with outlets for their creativities as well as insights into their own research and therapeutic work.

Sometimes, the only thing we need to lighten up the darkness is a little bit of humor. That is the gist of an article from Psych Central on the normally very painful topic of hidden shame. The article discusses the fact that shame, embarrassment, and humiliation usually get pushed away, hidden down deep in our society, rather than allowed to see the light. If admitted to, the article suggest, we learn morality and responsibility. And with a little humor, there is less pain in those admissions. We get to learn that we are all human.

And sometimes being human means talking about hard truths. So it may be useful to look at the Emotion Machine’s article on “9 Tips on How to Be Honest With Someone Without Being Negative.” We’ve all found ourselves in positions where we need to offer “constructive” criticism, and often it is very difficult to stay away from qualitative judgments—this is good but this is bad. Consequently, this handy little guide is a great reminder that criticism is not about qualitative judgment but about description and perspective. This is one person’s opinion, not the “truth,” and thus is open for discussion, but in private. And perhaps the most important question of all—is this something that NEEDS to be said? How many times do we criticize because someone is doing something differently from how we might do it, but still effectively? It might be irksome that it is not OUR way, but that doesn’t make it WRONG. This is where we need to tell the ego to take a “sickee” if we can’t take one ourselves.

However, if the summer sun still does not pierce the darkness of your life, the Pacific Standard reports that significant inroads have been made on alternative treatments for depression, using hallucinogens, transcranial stimulation, and even magnets. So, under the right circumstances, you may find the light shining again after an electrifying trip without having to leave your own hometown. That’s worth celebrating—maybe by calling in sick and spending the day in the sunshine at seashore. Happy Summer!