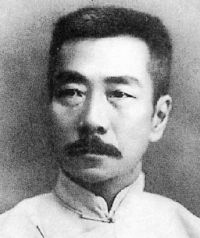 Quick to kindle, quick to calm down, an even quick to grow decadent, men of letters [i.e., a type of scholar] can always find reasons and precedents from the classics to justify their shifts of allegiance. (Lu Xun, 1931/2003)

One repays a teacher badly if one always remains nothing but a pupil. (Nietzsche, 1892/1966)

The impulse in contemporary times, and really through all of history, is to either vilify or idealize history, tradition, and the scholars of old. We see this in our classroom, our political debates, our movies, and our books and journals. Yet, whether the impulse is to vilify or glorify, such simplistic ways of engaging tradition and history are problematic and potentially destructive.

I have long appreciated the approach of Lu Xun, an influential Chinese literary figure of the early to mid 20th century, in regard to this issue. However, as I have been working through a four-volume collection of his works, this appreciation has deepened. Lu Xun was known as a powerful critic of the cultural problems of China during his life, but this really only touches the surface of Lu Xun’s thought and work.

Lu Xun (1931/2003) wrote, “The sole hope of development for our literature lies in understanding the old and seeing the new, in comprehending the past and deducing the future” (pp. 138-139). Similarly, he was highly critical of those who were critical or defensive of tradition without understanding its history. Before we can critique any period and any scholarship or tradition from the beginning of recorded history through contemporary times, we must first seek to understand. This, too often, is missing. We are quick to debate and assert a correct position, slow to ask questions and seek to understand. And even our questions, when they are asked, are really just trickery, pretending to seek understanding while seeking to find a weakness in the position of the other. Such processes serve no constructive purposes; they only tear down and reinforce what we believe we know to be truth.

The Use of Idols

All those from ancient times till now who hold no definitive views and have no guiding principle for the changes they advocate, but make use of the arguments of different schools, deserve to be called hooligans. Take a Shanghai hooligan. If he sees a man and a woman from the country walking together, he calls out, “Hey! You’re immoral—you’ve broken the law!” Here he uses Chinese law. If a peasant makes water by the roadside he shouts, “Hey! That’s not allowed. You’ve broken the law, and deserve to be locked up!” Here he is using foreign law. But in the end the law can go by the board—if you grease his palm he will let the matter drop. (Lu Xun, 1931/2003, pp. 134-135)

I grew up in a conservative religious environment, and my early studies of psychology, philosophy, and theology began in this context. From early on, I learned the law well. Yet, I also quickly became troubled by it. I remember watching it being used to harm others and justify oneself, which to me seemed inconsistent with the deeper messages of grace. It seemed there were many ways to condemn, but few routes to understanding and forgiveness. While I believe hypocrisy to be a given for all people, as no human being can live up to what they profess or even develop a complete and coherent belief system, this hypocrisy for me was too great. It was not so much the hypocrisy, but the way the hypocrisy was used and the hurt it caused.

Yet, I’ve seen these patterns recreated in each new spiritual and intellectual home that I have found, even my beloved existential and humanistic psychology. In my own approach to existential psychology, I see love, compassion, and relationship as essential foundations. Yet, too often, I have seen “humanistic” and “existential” used as a weapon. Most often, this occurs when certain important figures in the history of our movement become elevated to the level of becoming idols. I have seen this occur with Heidegger, Rollo May, James Bugental, and other leaders in our field. I have seen our students and early career professionals fearful to present or even speak up at conferences because they fear they will be harshly criticized for not having the orthodox interpretation of one of these figures.

This is a tragedy worthy of one of Nietzsche’s tirades. We dishonor those early influential thinkers in our movement when we turn them into idols. We distort the message they were bringing to us and the message they lived in their lives. I believe (and hope) that if these figures were around today that their harshest critiques would be of the way we over-revere their contributions. We love and honor our heroes when we recognize their humanity. To be revered as an idol or infallible scholar is much less of an honor than to be revered as a human who within all the limitations of being human rose to contribute a unique voice and make an important, though imperfect, contribution worthy of a lasting influence on the history of humankind. When we look closely, the heroes of existential and humanistic psychology certainly were “human, all too human.”

Conclusion
I have long found it interesting that many outside of existential and humanistic psychology view them as outdated and label them as “dead theories” because they believe they have not changed since their inception. Too often, there is some truth to this; we often use historical ideas and figures as the measure or standard of truth. Yet, arguably more than any other major school of psychology, such a belief or process contradicts our theory.

Our history, tradition, and influential early voices are an essential foundation to the contemporary humanistic and existential psychology movement. Yet, if we treat them like idols or view their ideas as beyond reproach, they become our greatest and most powerful adversary. Even our good values hold the potential of evil when we become bound to them and cling to them so closely that we can no longer properly see them.

Lu Xun is a good model for us. Although he is known more for his critiquing of the culture and ideas of his time, a closer reading shows that he greatly values history and tradition. He honored and revered his culture and the people of China. Yet, he was very critical when people became bound to their ideas. There must be balance. We must revere, but not over-revere; we must honor, but not create idols; we must critique, but not destroy; we must preserve, but not stagnate. This honors history and tradition. Yet, many who seek to preserve tradition destroy it by holding on too tightly. We must let our history be freer than this.