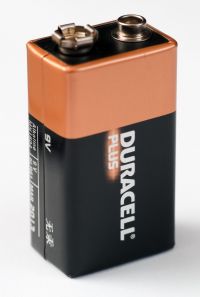 “All of humanity’s problems stem from man’s inability to sit quietly in a room alone,” wrote Blaise Pascal.

If that’s true, then what are we to make of a recent study showing that people—men especially—so hate being alone with their thoughts that they’ll shock themselves on a battery rather than spend 15 minutes in quiet contemplation?

The study, which puzzled the researchers as much as it has the internet, certainly confirms that practices like solitary confinement and sensory deprivation are cruel and extreme—but really now. Shouldn’t most adults be able to think quietly for 15 minutes without literally wanting to hurt themselves?

In interviews, the study’s authors and editors suggest that this inability is in part the result of our fixation with (addition to) electronic devices. We literally carry phones in our pockets—we’re learning how to wear the Internet. Mostly we see this as progress—and that mostly because it enables commerce and entertainment.

But mindfulness, the ability to sit quietly with oneself, is increasingly demonstrated to have health benefits—benefits that millennia of meditation traditions and Blaise Pascal have put at the center of our mental well-being.

Which raises the question: is the constant distraction of a technologically driven multitasking a kind of health crisis disguised as entertainment option?

Remember, as you consider this: people were actually willing to administer strong electric shocks to themselves rather than sit still and think for 6 to 15 minutes.

Kirk Schneider recently wrote about the need for a “depth based” approach to life to replace the hyper-rationalized approach we have inherited from the Enlightenment. This recent study and the crisis it suggests, the way our constant distraction is cutting us off from practices we know to be healthy to body, mind, and soul, is to me Exhibit A of what existential psychology and “awe based psychology” is up against. This is what we need to confront.

Surely we have enough to think about to keep us occupied for 15 minutes. And if we don’t, surely we can sit still? For our health?

If we can’t do that, surely we need help.