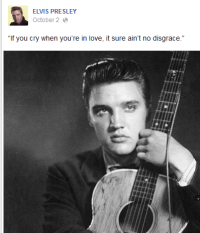 I am not an activist.

No, I am not and you can’t make me one. I am a pacifist of the worst order, the kind who confuses peacefulness with inaction. I prefer inaction. If humankind is going to ride the rails it is building straight into the maw of hell, I prefer to let it; we have to learn from our mistakes, and I am busy trying (and failing) to learn from the ones of mine that are of significant enough magnitude that they have made people angry with me.

My boss in human services used to tell me I was making too much fuss over some trifle or another. He would say, “You have to pick which hill you want to die on.” Meaning, choose the cause that is worth the consequences. I have spent every day from then until now sitting back, picking the causes I can do little things about without much risk to myself. Usually writing, which is sufficiently passive for my taste.

Today, though, I grew tired of my own hypocrisy.

People whose gender identities do not match their assigned biological sex or who wear clothes that do not match those identities or who are female impersonators (or who have any number of other motivations) do not like to use their gender-proclaiming names in social media. Facebook recently changed its naming policy such that your profile name has to match some piece of legal documentation, for the stated reason of increasing accountability and decreasing anonymity. “Drag queens” do not like this idea, claiming they bear an undue amount of the consequences of such a decision.

They seem to be right. There may be some discrimination going on here and there may be only unintentional discrimination. Indeed, the various fake celebrity pages seem intact. I can get messages from Paul Tillich if I want to, who is obviously dead, or Elvis Presley or Isaac Asimov. Facebook cites some minor difference between a page and a profile invisible to the average user but that the drag queens state interferes with their ability to conduct their daily affairs. If it affects “them” more than “us,” it is discrimination.

So, this morning I changed my profile name in solidarity and put up a post documenting why. I invited others to do the same if they sympathized (many of my friends are the sort who will).

The note was taken down within a short time of posting it. Now it came back a little while later—perhaps the use of words like drag queen caused some auto-review that the post flagged, some pro-active step to check for hate speech. But in the meantime, absent any explanation, I panicked.

What I imagined was my whole account might be under review—and it should, if Facebook is playing us square with the reasons for their review policy. My name no longer matches my birth certificate. It’s gender-neutral. So I sent out a huge spam email to most of my friends (I probably missed a few because I’m essentially lazy). I wrote what I had done, what I expected, and that preserving the option of anonymity is important for more than people who are non cis-gendered. It is important for activists, people running from violent ex-boyfriends or husbands, any number of people. Sure, there’s a significant downside to anonymity—unrestrained, uncivil conversation for example (trolling). Crime, even. But is it worth it? I think so.

Once that went out, I saw the old post was restored. Again, no comment or explanation. And now I feel silly.

My first stab at significant activism, the willingness to sacrifice (just a Facebook account, but I’m trying to grow here) turned out to seem unjustified.