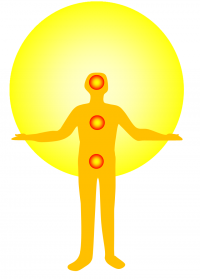 Maurice Merleau-Ponty tells us that we are Beings-in-the-World through our bodies—that it is through our sensations, perceptions, and kinesthetic senses that we can know and relate to our Self and to others. This concept is intrinsic to understanding existential psychotherapy as a mind-body practice and appreciating that relationship has to happen on both levels.

It is in this light that I found the story of a group of Pakistani women all hospitalized in Peshawar so fascinating. The Atlantic reported that the 16-bed psych ward at the Lady Reading Hospital has been consistently operating at capacity during the last year or so, mostly with cases of conversion disorders. Yes, you heard me right—a virtual epidemic of conversion disorders, one of the rarer diagnoses in the west but more prevalent there than mood disorders or schizophrenia.

For those of you who might have forgotten your symptomatology checklist, conversion disorder is part of the somatic disorders and can include any combination of pain, numbness, paralysis, tremors, weakness, or seizures, among others, often after some sort of emotional or psychological trauma. Its history—somewhat checkered—dates back to Freud and notions of hysteria, but the doctors will assure you that the symptoms are entirely real and quite debilitating. However, the article describes how the etiology of conversion disorder has evolved over the past century in such a way that it makes total sense why now in Pakistan. Citing Wen-Shing Tseng and his Handbook of Cultural Psychiatry in 2002, the article first notes that many theorists believe that societies have evolved away from conversion disorder as they become more highly developed and egalitarian, and then quotes him:

It is thought to occur primarily in societies with relatively strict social systems, in which people cannot express their feelings or desires toward others directly, particularly when they encounter conflict or distress. Temporary somatic dysfunction is one mode of communication available to people, particularly for a suppressed gender or less-privileged group of people. (¶ 13)

The article suggests that there may not be a tremendous amount of clinical evidence to support this theory. However, the stories of women contained in this article—a 14-year-old girl completely paralyzed on one side of her body or a 15-year-old girl who get headaches that erupt like “electrical currents” throughout her body—seem to indicate some powerful anecdotal evidence of the body communicating when there is no other means of emotional expression. In the article, we get a sense of these girls and women as completely cut off from opportunities to express their true feelings while at same time subject to the whims of the dominant male society. Wen-Shing Tseng’s theory of temporary somatic dysfunction as a mode of communication for a suppressed gender or less privileged group makes a lot of sense in this context.

What happens to us when we have to silence—for whatever reason—our own emotional communication? We may not find ourselves with conversion disorder, maybe because we are not silent or silenced for as long as some of these women. But how many colds, how many headaches, how many skin eruptions or grey hairs has our silence cost us? Even with relatively easier access to the twin blessings of psychotherapy and others willing to bear witness to our pain? Remembering that we are Beings-in-the-World through our bodies also means we have to tend to both—the body and the mind—in order to be healthy and whole.