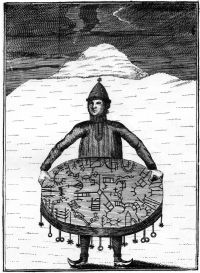 Charlotte Bühler’s Theory of Development
Charlotte Bühler, a pioneer in women’s adolescent psychology, emphasized the distinctions between humanistic psychology and the Freudian science that had dominated the discipline earlier in her career. She pointed out that development is synonymous with health and self-realization rather than the endpoint of homeostasis (Bühler & Allen, 1972; Bühler & Marschak, 1968). Bühler (1968) believed that the person is never in complete balance; and this partial or total imbalance is the impetus for development, the continuous drive to establish and maintain homeostasis creating a change toward producing new potentialities. Maintenance and change were thus two equally basic tendencies in the person’s adaptation in coming to selfhood.

Bühler’s (1973, 1974) theory of human development emphasized the personal fulfillment of “basic human tendencies.” These included: 1) striving for personal satisfactions in sex, love, and ego recognition, 2) self-limiting adaptation for the purpose of fitting in, belonging, and gaining security, 3) self-expression and creative accomplishments, and 4) integration or order-upholding. She maintained that the “implicit ultimate intent of these tendencies is self-development, the mastering of reality, and the fulfillment of life through an integrated actualization of the individual’s potentials” (Bühler & Marschak, 1967, p. 93). Above all, Bühler believed that self is the subconscious core system of personality that integrates, directs, and actualizes basic tendencies through creative expansion, existential will-to-meaning, and intentionality (Gavin, 1990, p. 53). Healthy personalities were thus the active mediators of their own existence, motivated to fulfill biological and psychoemotional needs and spiritual values.

Stanley Krippner’s Personal Mythology
What is this subconscious core system and how can we access it? In The Mythic Path (1997), David Feinstein and Stanley Krippner describe a method for transforming the evolving construction of inner spiritual reality through personal mythology. This process of coming to selfhood involves acknowledging inner feelings and taking responsibility for one’s actions. June Singer states in her preface to their book, “To live mythically, means to become aware of one’s personal and collective origins” (p. vii). To which Jean Houston adds:

This technology of the sacred, a high art form as well as a once and future science finds its theory and practice in the teachings of the mystery schools of old, in shamanic training and initiations, as well as in the modern laboratories of consciousness research and the cutting edges of psychotherapy. (p. xiv)

So, how does one become the master of his or her own destiny? Feinstein and Krippner (1997) guide the reader through a comprehensive developmental program in which one learns to take responsibility for their process through imagery, dreams, working with the Inner Shaman, and rewriting personal history through emotionally corrective daydreaming to transform obstacles into opportunities. This psychotherapeutic approach delineates five stages of personal growth combining Freudian, Jungian, behavioral, and cognitive psychologies with the principles of thesis, antithesis, synthesis: 1) recognizing and defining one’s personal myth and discovering to what degree it is no longer an ally, 2) identifying an opposing myth; one that creates conflict in the person’s psyche, 3) conceiving a unifying vision by bringing the old and new myth into confrontation, 4) testing and reinforcing insights; moving one from the imaginal to intention and action, and 5) weaving the new mythology into life such that one’s inner transformations can be demonstrated in the world.