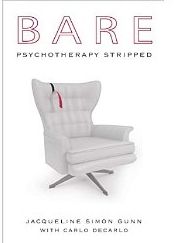 In the modern age, it is hard to move paper without ample doses of sex and violence. This is a world in which 50 Shades of Grey is a best-selling series—bad writing by most accounts but sufficiently titillating without being too frightening.

In A Dance of Dragons, George R. R. Martin has one of his characters say it might not be possible for her to make her people good, but she might at least be able to make them better. I think George is chiding us, his gentle readers. This is the fifth book in a very long series notable mostly for gratuitous sex, sexualization of and violence towards women, and extreme violence. That it is set against a detailed and fascinating background must be helpful, but I think Martin might have tired of criticism over the years on these more morally ambiguous elements of his work. What he seems to be saying is, I keep writing it because you keep buying it. If you would buy books of more literary value, I might be inclined to write them.

Writing, after all, is hard work. Who wants that work to go unrewarded? Or unseen?

Gunn does more to reveal—and sometimes revel in—the shadow sides of therapy and of literature than most any other writer on the subject. Even Yalom’s accounts of therapy came close only when fictionalized. Gunn gives us a peek behind the closed doors of the therapy room, showing us the joys and the horrors: people growing and making process, forming deep and abiding corrective relationships, but also people using sex as a weapon, self-harming, and actually using weapons as weapons. This is all told in the style of a good mystery/thriller, a page-turner that defies the reader to put it down.

There is a definite and purposeful element of voyeurism to the stories. Take, for example, the recurring theme of red stilettos and prostitution. We get to see—just a little—into the lives of some sex workers here, and also Gunn’s reactions to those lives told with a vulnerable authenticity that, as a writer myself, I envy and aspire to. Here are some of the shadows: the unlived potential selves that accompany life as a therapist. Sometimes we can’t wait to hear the next revelation as though therapy were a good gossip session or a good mystery novel. We want our clients to dish, and we spend our time outside of therapy worrying about them, wondering what the next revelation could possibly be.

But the shadow sides are unlived. Gunn also illustrates life within the boundaries, the things that make the therapy room different from the coffee shop or lingerie party or water cooler. The relational boundaries that make the relationships safe for revelation and all the work that goes into arriving at a place of non-judgment.

Here is an effective contradiction of the ideal of the therapist as someone detached from their work, uninvolved with their clients, and bored by the process. Here is the opposite of the therapist doing crosswords behind the patient while the patient describes banalities from their tedious life. Gunn is so involved, caring, and compassionate, lives therapy, that for half the book I considered raiding the last of my savings to set up a therapy office, to get back into the game.

She also describes the sometimes harrowing personal and professional risks of the profession tenderly and with no eye on herself as hero.

The sex and violence make for a titillating story at times but it is the strength of people overcoming (or surrendering to) their personal crises that make the story really compelling. We might read the book compulsively, chasing the next thrill, but only because Gunn casts enough light for us to see the shadows and does not spare herself these examinations.

And this brings us back full circle to George R. R. Martin’s Dance with Dragons. Gunn has written the therapy book for our times—but one hopes, with more light than shadow. Reading it won’t make you good… but it might make you better.