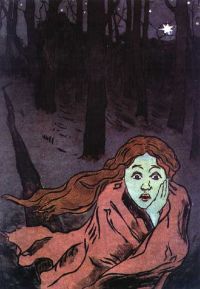 With Hallowe’en approaching, it seems appropriate to start getting in the mood with a variety of treats, or maybe tricks, from the recent news.

Recently, this column discussed the growing fears around the Ebola outbreaks. Even as write this, I am receiving breaking news emails that the latest confirmed case is now located just a few miles away from me, in Bellevue Hospital Center in New York. In his regular column for The New York Times, David Brooks weighed in on the quality of this “Ebola fear.” He notes the hysterical reactions, along with the cries for calm and rational thinking. However, he says that the problem is not simply that people are overreacting. Rather, he claims, “Fear isn’t only a function of risk; it’s a function of isolation. We live in a society almost perfectly suited for contagions of hysteria and overreaction” (¶ 2). Brooks argues that the wide gaps in social, economic, and cultural classes and values lead us to the isolation that in turn leads to overreaction. He cites the culture of economic stratification on one side, of those who distrust leadership and authority—such as the anti-vaccine parents—who argue against the medical establishment, as well as the culture of “instant” news and our society’s fear of death. Put them all together and he says, fear takes on a life of its own. He writes:

The Ebola crisis has aroused its own flavor of fear. It’s not the heart-pounding fear you might feel if you were running away from a bear or some distinct threat. It’s a sour, existential fear. It’s a fear you feel when the whole environment seems hostile, when the things that are supposed to keep you safe, like national borders and national authorities, seem porous and ineffective, when some menace is hard to understand. (¶ 11)

But sometimes, the best thing to help deal with this kind of amorphous, existential dread is the solidity and regularity of routine. The Pacific Standard writes this week about “How We Form Our Routines,” for those interested in understanding already ingrained routines, or perhaps those interested establishing new routines. We already know that the idea that it takes 21 days to create a new habit is a myth, and this article quickly notes the myth, recalling that the number arose from work in 1960 with patients adjusting to plastic surgery changes. According to the article, the “corrective study,” by Benjamin Gardner of University College London, showed that forming new habits could take anywhere from 18 to 88 days, with 66 the average. The key here, however, is that these numbers are variable, and there is no magic number for integrating new habits into a routine. So, when will your daily exercise become a habit? Or eating healthier? Keep working at it…you will know it is a routine when you can’t imagine a day without it.

There are some people out there, though, who have found their own source of solace for existential fear and anxiety—in the apparently growing field of Biblical counselling. The Pacific Standard reports that while the Association of Certified Biblical Counsellors has accredited more than 1,000 counsellors, there may be tens of thousands of Biblical counsellors practicing, if you count the pastors who are using their Bibles to counsel parishioners. According to the article, many of those who call themselves conservative evangelical and fundamentalist Christians use Biblical counselling alone to handle the psychological problems usually treated by psychologists, psychotherapists, and social workers. Kurt Grady, a trainer in Biblical counselling, explained that non-Biblical models do not treat the real cause of psychological distress, which he sees as the heart. “If you give someone anti-anxiety drugs, and they’re less fearful, that’s not because you’ve helped their heart, but you’ve anesthetized their sense,” he said (¶ 21).

Much of Biblical counselling can sound like regular therapy—until the cases come up against questions of belief. The article mentions several Biblical counselling case studies focusing on stay-at-home mothers, where they are blamed for not keeping clean enough houses or satisfying all the demands of their husbands and children. There seems to be a fuzzy line between freedom and sin in certain cases, unless you believe as the church believes.

Last, but certainly not least, sometimes, the best answer for fear is distraction—at least for a few moments. Enter a new family of apps for your phone to make you more aware of how much time you are being distracted. The New York Times writes that these new apps are designed to help users collect data about how much they are using (Moment) or checking (Checky) their phones, in order to find out or perhaps change the amount of time they are spending with their phones. According to the article, those who installed Moment began to use their phones an average of 25 minutes less each day on their phones—leaving that more time to live in the moment…to enjoy the day or experience existential angst. The choice, as always, is yours.