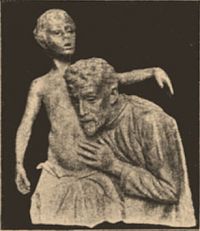 Last night, I taught my first ever psychology/sociology class to MCAT students. As many of you probably do not know, the MCAT—the Medical College Admissions Test—is adding for 2015 a brand new content section on psychology and sociology in which they expect incoming medical students to have taken at least one semester of introductory psychology and one semester of introductory sociology.

Medicine, unlike psychology, which still seems to prefer the strict medical model, is moving towards a “biopsychosocial” conception of illness—that illness comprises not only physical factors, but also psychological and sociological. Thus, a patient who has diabetes and depression, but also is wealthy enough to treat both is going to be in a very different place from someone who has diabetes and depression, but additional anxiety because he or she can barely pay for healthcare, let alone manage the illness with exercise, proper nutrition, and medication. Perhaps grocery stores in the area do not carry the healthier foods or access to those foods is limited. And perhaps the patient is working two jobs and physically doesn’t have a single moment in the day for exercise.

All of these elements are what we are asking future doctors to consider as they prepare for this exam. Last night’s class—on social psychology and statistics—looked at some of the larger issues such as the effects of socioeconomic status, accessibility and availability of healthcare services, differences in life expectancy, as well as how to construct sound research to understand both quantitative and qualitative questions.

When my brothers took the MCAT, there was no such psychology or sociology requirement. When I meet doctors from their generation and especially the previous generation I see how much of this they had to learn—or not learn—on the fly, simply by interacting with others.

This is true even for psychiatrists—who are supposed to be literate in these issues, one would think—who were trained, let’s say, prior to 2000.

In The New York Times’ new Couch column, Anne Skomorowsky, a psychiatrist from Columbia University, describes one of her earliest experiences as a young doctor confronting both the realities of the medical system and her own fears. “Her Anorexia, My Fear” tells the story of when Skomorowsky was a young resident 20 years ago and came face to face with terror, in the form of a 65-pound girl lying on a steel table. The task? To insert a nasogastric tube into this girl, who had anorexia and would not drink her nutritional supplement. A few weeks before this happened, Skomorowsky had seen the groundbreaking documentary Titicut Follies by Frederick Wiseman (1967), a film that exposed the brutality of a state mental institution in Massachusetts. Skomorowsky recalled a scene from the film in which a patient receives a nasogastric tube while being held down. As we watch “the white slurry of nutrients” funnel through the tube, we see, as Skomorowsky tells us, a doctor flick cigarette ashes into the funnel.

And now, here is Skomorowsky, forced to do the same procedure herself. She discovers that the prevailing “wisdom” is that a patient who has lost that much weight has also lost his or her “reason” and decision-making abilities. Thus, force-feeding is the only answer—with several guards to hold her down while the doctor performs the procedure.

Skomorowsky talked to the patient:

I asked the patient why she didn’t want to drink her nutritional supplement. She said she felt full and would drink it tomorrow. She said everything she thought I wanted to hear. She’d drink it; of course she saw the need. But not now. (¶ 6)

She then told the patient about what she had seen in the movie as well as how much difficulty she had had with inserting nasogastric tubes in medical schools. She told her how many guards would have to hold her down. The patient immediately drank her supplement.

However, Skomorowsky was not totally satisfied—while she had defused the immediate situation, she still felt like she had bullied the patient. Were there other options? She took the situation to her own analysis and parsed it apart.

Part of what we teach as we prepare doctors-to-be to take the MCAT Psych/Soc section is that when they encounter patients, they are going to meet patients of all varieties—that “patient” is not a lumped-together category. Each one is different and will bring with him or her unique combinations of elements from the physiological, psychological, and sociological realms. As a result, the symptom clusters that have come to represent disease will always have to be understood in context, and it will take all both knowledge and wisdom to help the patient. And often, all it takes is getting to know the patient—a little human relationship, a little human connection.

On that day 20 years ago, Skomorowsky said, “I told the patient the truth about myself and about her own powerlessness at that moment. The patient and I had an honest conversation, and no force was necessary” (¶ 14).