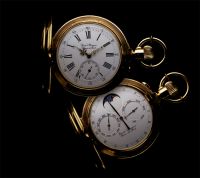 Yesterday, I received a voicemail during the day stating that the message was urgent. It was the second such message I had received in two weeks.

By way of explanation, during the day (and often, during the evening) I have very little time to make phone calls unless they are scheduled like appointments. Besides not enjoying telephonic communication (I prefer face-to-face or email/text), I simply do not have many breaks in my day where sitting down to make calls is number one on my list of favorite things to do. If I have to, I have to, but I do so grudgingly.

But when someone uses the word “urgent,” that must be really important, right?

To me, “urgent,” means emergency, sickness, death, dying—some issue that causes us to turn away from childish things and grapple with the existential realities of life. Merriam Webster’s Dictionary defines the word literally as “very important and needing immediate attention.” http://www.merriam-webster.com/dictionary/urgent This does not apply, for example, for calls for donations to political parties, charities, or a thousand others worthwhile or even not-so-worthwhile causes, all of whom use the word with great abandon and carelessness.

This was not a message from a political party, charity, or one of those thousands of causes. Yet, the caller still used the word “urgent,” neglected to alternatively email me or text me as to the nature of the urgency, and the matter was still urgent two weeks later, yet still required no written communication.

How “urgent” could that be?

As Weixel-Dixon and Strasser (2005) discuss in their essay on “Time and Purpose,” time is the structuring element in existential psychology—“Temporality and care qualify human existence: we are always in-the-world, as finite beings that have concern for are engaged by existence” (p. 230). They note that according to Heidegger, our orientation towards the future time is key—our orientation toward Death. Thus, when someone characterizes something as “urgent,” that person is situating it in a particular temporal context—as having a need that should place it above all other needs.

“Urgent” is different from “as soon as possible,” or “immediately,” “priority.” Ask any doctor who has to perform triage. Some cases are “more urgent” than others. (Anyone remember Animal Farm?) But they have to be in order to save lives. Phrases such as “as soon as possible,” “immediately,” or “priority,” while still connoting the need for speed, do not indicate usually indicate the same life or death stakes. No one will die if you do not answer an ASAP memo within moments of receiving it.

But an “urgent” phone call?

I’ve had these so-called “urgent” phone calls before. They fill me with existential terror and dread. What is happening? Is someone dying? Will someone die? What can I do to prevent it? Will returning the phone call be instrumental in preventing impending death or life-threatening injury? If I delay in calling, can I save myself a few extra moments of ignorant bliss before learning of the terrible, terrible news? Sometimes, I don’t want to know. Sometimes, that ignorance is preferable to knowledge.

Sure enough, when I returned the call, I wound up shaking and crying. But not because anyone had died or had life-threatening injuries. Rather, the caller, like so many trained to these types of jobs, used the word without thinking, stated the nature of her business. And guess what?

It was all a big mistake!

All that “urgency,” terror, fear, and dread…over a mistake.

Is it any wonder I don’t like to answer the phone?