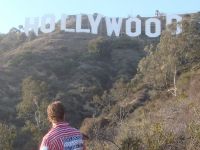 Birdman. Michael Keaton, some other people you might have heard of. The trailers make it look really interesting, the story of a washed-up superhero who was never more than second-rate being dragged out of retirement by popular demand.

That could be funny.

Only that has nothing whatsoever with the movie. It’s really about a washed-up actor from a second-rate movie franchise trying to produce a play. That could be funny, too, but nobody would go to see it based on honest trailers—so they made dishonest ones to mislead us. Is that good for business, or are a thousand people going to trash the movie online just because it wasn’t what they expected?

College recruiters are part of college, especially the for-profit ones. And their job is to get your butt in the seat. By any means necessary.

College recruiters at the for-profit places don’t get paid to accurately represent your chances of graduating or what life might be like after graduation day. They get paid to keep enrollment up. The ads reflect this. They’re full of the things that Americans care about. In movies, this is superheroes and schadenfreude. In education, this is jobs. So, school ads feature moms with too much to do deciding to make a big change; they feature dads who were stuck in dead-end jobs getting technical degrees and then better-paying dead-end jobs where they make enough money to have family barbeques in big backyards.

They don’t show the hard work of putting on a play. Who cares about that? I want a man in a bird suit jumping off buildings. Give me the five scenes in the movie that reflect that past madness. The truth about school is unappealing to the masses, so it’s not in the commercials: disinterested, exploited faculty; piles of paperwork for admission; student loans you won’t be able to pay back; the hard work of actually learning things. The harder the work is, the better the school probably is. I quit a for-profit school last year in part because the learning was getting dumbed down, the papers replaced with crossword puzzles. Customers want to buy their degree and career advancement. Students need to struggle productively in a scaffolded environment. Put that in an ad.

When you want to go see a movie, there are resources out there to help you with your decision. Sure, you can watch the trailers online, but bear in mind the trailers aren’t made to represent the film but to sell it. Luckily, people have reviewed the films and put descriptions of the actual plots on sites like IMDB and Rotten Tomatoes. You can find out what you’re watching ahead of time, thereby staving off disappointment when the movie bears only a passing relationship with the trailers.

You can also get information about colleges and universities beyond watching their advertisements. You could, for example, find out what they pay their faculty and what percentage of their faculty are adjunct. Beyond the ethics of exploitive business practices, adjunct and underpaid faculty are good for business, not for students and education. How faculty get treated is going to give you some idea of what the institutions priorities are. Profits, too, often trump education.

You can also look for information about their graduation rates. If this is hard to find, it is also worthwhile. A recent John Oliver expose (16 minutes that could be some of the best time ever spent looking at a screen) puts some for-profit schools in the low teens for student graduation and similar numbers for students getting jobs in their fields. My own graduate school went for-profit midway through my program; now they have an employment help center—and many of the jobs they advertise to be helpful to us are menial jobs well outside of psychology. I’m not saying any of their names because they also have extensive legal departments—a big problem with the free press is that anyone can sue anyone else for any reason, and more money means more, better lawyers.

In addition to spending a few minutes researching schools, scholars, and faculty, you could just apply some basic reasoning skills. Large amounts of money spent on advertising—television ads nationwide and in primetime are extremely costly—represent a high proportion of marketing to other expenditures. This tells you something about the business practices of a school, about their values. They are profit-oriented, customer-oriented, and not, therefore, education-oriented.

If they call you or send you email spam or you find postcards and letters in your mailbox from them inviting you to apply, this represents the work of a dedicated marketing and recruitment department. Now these days, such departments have to be part of most schools, for-profit or otherwise. But the for-profits are especially pernicious because the marketing departments get paid substantially more than faculty, and get paid for performance (explicitly or implicitly). This leads to fraud at worst and some extremely dubious practices at best (for example, one recruiter insisted I had expressed interest in his client’s school and used this as the foot in the door; with my PsyD in hand, I could not think of any rational reason I might have contacted his client, a for-profit undergraduate school).

These practices are predatory. If you are being harassed by a school, if they are advertising heavily, if they are showing ads seeming to promise you a high-paying career after graduation, you know something about their ethics. About their priorities.

Consider your local schools, your state universities. And if they won’t take you because of your grades, consider that more than 80% of students at the schools with low admission requirements fail the programs. There is a reason for the high standards.

Rather than chance an $80k debt on a bachelor’s degree in a for-profit program, get those grades up. Go to night school, the program your local state colleges use to provide secondary education to the folks who don’t quite qualify for the program. Do well in that program and get admitted to the main program. That’s what I did. It was cost-effective and got me into an ethical program.

Next bit of advice: don’t go to school to get a job. Go to school to get an education, not job training. That’s covered in the Walmartization of Higher Education bits I’ve already written, so I won’t go into that extensively here, but turning education into vocational training is good for corporate profits but bad for us, for everyone but CEOs. A real education opens your horizons, broadens your outlook, gives you critical thinking skills, and makes you a better, more productive citizen. You don’t get that at for-profit job-skills centers.