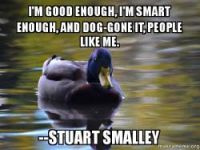 As we head into the thick of the holiday season, we don’t have to look far or hard to pithy sayings invoking positivity and goodness, or stories with lots of happy endings. Tis shortly the season for the half full cup to runneth over. Don’t you dare rain on my parade!

We Americans, especially, love a good, happy ending! Where the boy gets the girl, the parent is reunited with the child, the hero is saved and lives to fight another day, or the world is made safe for democracy. Cliché after cliché after cliché. And we just eat it up because anything else is too jarring, too challenging, too mind-bending.

In Sunday’s The New York Times, careful readers of the Review section may have noticed that Meghan Daum threw a monkey wrench into the positivity fest with her column. She wrote about her brush with death four years ago—a severe, life-threatening illness arising from a case of flea-borne typhus. Daum spent four days in a medically induced coma with multiple organ failure. As the story goes, she says, the doctors told her husband that if she did not die, she would probably suffer lifelong brain damage. Daum said the ordeal was greater for those around her than it actually was for her, lying there in the coma:

As I floated in a propofol-induced oblivion, my family and friends went through a kind of pre-emptory version of the five stages of grief. They bargained and prayed, Googled my symptoms, phoned each other to speculate about my fate and spent five days just generally freaking out. (¶ 3)

Daum did not die. Nor did she incur any brain damage—only some minor hearing loss. However, she said that when she complained to the doctor about it, he dismissed the complaint, responding instead that, “I shouldn’t be complaining about anything, given the ‘miracle’ of my survival” (¶ 4).

Most troubling for Daum in the days and years since her illness are all the people who look for and expect that the illness should have “transformed” Daum into a “new” person in the way that movies and literature tell us that brushes with death should “change” us and make us “better” people. Apparently now, our society has certain expectations for those of us “lucky enough” to have these near-death experiences—we are supposed to come back transformed and exemplary humans.

So what happens when someone—such as Daum, for instance—does not follow these expectations?

Well, she started to ask questions—such as, what does it mean when we are not feeling transformed? What does it mean when we desperately want to feel like such life-or-death situations will be transformative? What she found was that part of it was need to find some sort of meaning in the suffering. As she observed her own responses as she nursed her mother—a woman with whom she did not have an idyllic relationship—through the process of dying, Daum witnessed her own need to embellish the stories. They “went through old photos” and “remembered good times” she reported to those clamoring for updates. She described them as “Chicken Soup for the Soul-flavored missives” (¶¶ 10-11)

Browsing on Facebook, I often see a ton of memes with many of these “Chicken Soup for the Soul”-type quotes, in elegant fonts, framed on lovely floral or seaside backgrounds. I look to see who wrote the (un)inspiring words and usually the names are either unrecognizable or Oprah or Dr. Phil regulars. And of course, we all share them with each other over and over, feeling like we are the most compassionate thoughtful people on earth because we care enough to send the very best.

But where is the real meaning? And the action behind the meaning?

PLEASE don’t misunderstand me. I was grateful to be alive, physically and cognitively — and, to be honest, even more grateful not to have emerged from the coma alive but with severe and irreparable brain damage.
But I also knew myself well enough to suspect that after a few months of smelling the metaphorical flowers, I’d probably go back to being the whiny ingrate I was before. And as friends came by with meals and groceries and showered me with well wishes and all manner of questions about my state of mind, the more it occurred to me that their hunger for stories of my cosmic transformation was rooted less in their concern for my soul than in their culturally ingrained need for capital-C “Closure.” Because they wanted this chapter to end for me, because they wanted me to go back to being as healthy as I was when I was a whiny ingrate, they wanted to make sure I was sufficiently transformed so as to never whine or be ungrateful again. It was as if the only way any of us could be sure that my body was clear of infection was for me to officially become a better person. (¶¶ 15-16)

Who needs to be transformed by an encounter with death—the one who experiences it, or those who surround them? And why are we so wedded to this need to have this particular happy ending of transformation? Daum tells us that she’s back to being the same whiny person she was before she got sick, and while that may not be OK for her friends, who may interpret that as “you scared us for nothing,” she is actually pretty comfortable with being who she was and who she is.

Even if that doesn’t make for a pithy and uplifting Facebook meme.