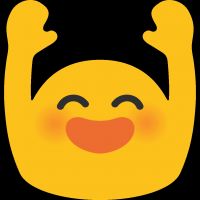 The psychiatric-industrial-complex keeps telling us that depression is best solved by pills, but every new advance in therapeutic treatments tell us otherwise. We just don’t hear about it as much because talk therapy doesn’t have a billion dollar advertising budget.

The newest exhibit comes courtesy of The New York Times, which reports on a new “depression fighting strategy” in some developing countries—one that relies entirely on “talking cures” and has (so far) an astonishing rate of success: in some studies only three percent of those treated were still depressed after six months; in others, six percent.

The essence of the strategy is to teach people to talk with one another in what amount to group therapy sessions led by their peers. (In these cases, it focuses on women, particularly new mothers, because “they suffer depression more than men and their mental health is crucial to their children’s development.”) Training sessions are led by psychologists who cover psychodynamic and cognitive behavioral techniques, but further work is done by patients for patients.

Just as crucially, all this comes as a confirmation of what humanistic psychologists have been suggesting for decades: that communication, especially but not exclusively with others, is a crucial element of mental health. Depression rates are consistently rising (in spite of mass medications) in part because of overdiagnosis, surely, but also perhaps because a society involving high stress jobs, lack of clear communities, and mass online communication may not offer people the kind of opportunities for communication that they actually need.

It surely doesn’t need to be a formal therapeutic setting (Art Bohart’s contention that clients do all the work in therapy is still unrefuted), but there may be no substitute for the kind of unmediated human contact that these programs do provide.

Unfortunately, we seem to be going the other way. A recent article on The Atlantic’s website introduces us to “Emojiary”—an App designed to give busy people the therapeutic benefits of journaling without all the cumbersome words.

Emojiary will periodically ask users through their phones how they’re feeling, and while users can respond with a text input, they are encouraged to do so through emojis (little graphic faces offering various emotional expressions). The article states:

“By prompting you every day with a text, and asking simply for emojis, it’s meant to be easy. And rather than foreshadowing the decline and fall of emotive linguistics, talking with Emojiary is supposed to be an adjunct to traditional expressions of emotion.”

So even as we realize how important open and full communication with other human beings is to our psychological health, we are offered aps to reduce not only our commitment to talking with other people, but our commitment to use words. This is especially convenient in the way snake oils often are, but is it helpful?

It’s worth asking if mental health can ever be convenient—if it can ever be compatible with a lifestyle where our lives are timed to the business cycle, our environments are virtual, and our capacity for introspection is reduced to emojis. Such a world demands that we be binary, that we bend our humanity to the point at which it is convenient for these systems. Popping pills for mental health is wholly compatible with this idea.

But real mental health may have an inconvenience as a prerequisite. That may be disappointing to many, but I think it’s something to celebrate: I think the need to periodically do something inconvenient —to be inconvenient—creates space in our lives wherein we can make meaningful choices about who we want to be and how we want to live. Simply going along with the current, working as long as they tell you to, living in a virtual world, and taking a pill when it bothers you, may be convenient as hell, but it offers no such freedom.