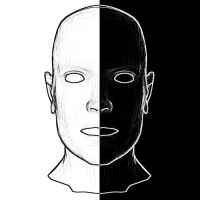 The above phrase has become a rallying cry of activists of all sorts. Of late, I’ve seen it on the newsfeeds of many Facebook friends—real friends—who have been active in the protests in New York City. But I have a real problem with this rallying cry—it is polarizing.

Once again, in these times of divisiveness, I turn to Schneider’s (2013) The Polarized Mind. In the introduction, Schneider describes polarization as “a murderous plague,” and as we bear witness right now to the Ebola crisis, this language is far from hyperbole. Polarization does kill. Schneider further explains:

When one is polarized, one tends to be panicked at some level and the valence or intensity is around avoidance of contrasting points of view. Polarization has also been called “black-and-white thinking,” over-identification, and idol worship, but it was Paul Tillich, one of the great theologians of the twentieth century, who probably put it best. Polarization, he said, in effect is demonization—the mistaking of a piece of reality for its entirety, or a part for the whole. (p. 2)

In my case, I feel like to be the good liberal, progressive social activist I have believed myself to be, and have to tried to live up to through my actions, I must protest all police. “Police are the problem.” “They profile innocent Black men.” “They use excessive force.” “They must be stopped.” In order to be part of the solution, in order to wear the T-shirt to proudly proclaim that I believe “Black lives matter,” I must in turn say that police don’t.

And I can’t do that. I can’t choose one over the other. Because I believe Black lives matter AND I do not believe that all police are the problem.

I am a member of a cop family. My father has been with the New York City Police Department as a chaplain for almost 50 years. I have met many wonderful officers in my time, and have considered some part of my extended family. One took me to see my first “R” rated movie as a 12-year-old. With others, I’ve shared Thanksgiving dinners and celebrated Chanukah. I also know that police officers are human, just like the rest of us. Not all are going to act wisely 100 percent of the time, especially in dangerous situations where there is little time to think. Some may act less wisely than others.

I’ve noticed as I’ve followed posting on social media about the terribly tragic deaths of the two police officers here in New York, an event that touches every cop family in a profoundly deep way, that again, while people acknowledge the tragedy of the event, more people are now focused on how divided New York City is—how the mayor and the police cannot get along, how the cops are so “disrespectful.” The headlines following yesterday’s heart wrenching funeral for Officer Wenjian Lui were all about the cops who chose to protest the mayor. What popped into my head was the question about why is it ok for peaceful protests against the police but not for the police to peacefully protest against the mayor? And further, why do the media choose to make that the focus of the coverage? After Officer Rafael Ramos’ funeral last week, The New York Times wrote a scathing editorial condemning protests by New York City police officers who chose simply to quietly turn their backs.

What can we do? We can start by remembering that the solution is more complicated than this polarized response. Don’t make me choose between lives. This is not Sophie’s Choice. I can’t and won’t do it. We can, however, work to educate ourselves and others to reduce the stereotypes and prejudices that blind us, that force us into these overgeneralizations and demonizations of one group or another. The actions of a few are not the actions of all. It’s one thing to protest, but we already know there’s a problem, the awareness there. Now, we need to educate. Because, again, ALL LIVES MATTER.
References

Schneider, K. J. (2013). The polarized mind: Why it’s killing us and what we can do about it. Colorado Springs, CO: University Professors Press.