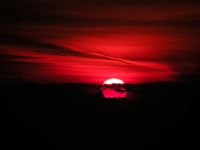 Less than two weeks into 2015, tragedy is already dominating the world landscape. But really, some of the tragedies we speak of began even earlier, as the pain of 2014 merely continued.

I speak specifically of Jennifer Finney Boylan’s article from The New York Times entitled “How to Save Your Life: A Response to Leelah Alcorn’s Suicide Note” in which she describes the tragic death of a 17-year-old named Leelah Alcorn. Leelah took her own life the weekend after Christmas, leaving a note for her parents in which she said, “Please don’t be sad, it’s for the better. The life I would’ve lived isn’t worth living … because I’m transgender.” She continued with a plea to parents of other trans children to not respond in the way her own parents did—with responses that she was just going through a phase and that “God doesn’t make mistakes.”

Boylan, transgender herself, reminds us of two very important facts. First, transgenders are at a very high risk for suicide—she cites one study in which the number is as high as 40 percent of all transgenders will attempt suicide at some point in their lifetime. Furthermore, Boylan writes, “Leelah was no mistake. The world abounds with all sorts of ways of being human, one of which is being trans.” How many times must we remember, must we be reminded that the palette of humanity is infinite and no one version is better or preferable on the one hand, or mistaken on the other. As I have already written this week, and which bears repeating until every human gets it, ALL LIVES MATTER—even if we don’t approve of who they are or what they draw.