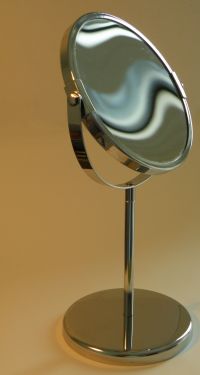 What if we’re completely wrong about the reason America suffers from an epidemic of mass shootings?

(W)hat if the reality is that the underlying cause of mass murder lies not in something external to ourselves, but rather something at the root of human instinct and behavior that’s also interwoven into American popular culture? This possibility suggests that, rather than trying to get rid of some offending external agent, a more meaningful approach might require looking within ourselves and our own communities for a solution.

That’s such a challenging notion not just because of what it suggests about mass shootings—though certainly that—but because of the larger questions it forces us to ask about self, society, and mental health. The whole premise of our industrialized approach to mental health is that “mental illness” is an organic problem or chemical maladjustment to a reasonable world. But what if, as R.D. Laing once put it, “insanity is a perfectly rational adjustment to an irrational world?” What if so many of the symptoms that underlie “mental illness” are the result not of individual differences but of internalizing something that we have in common?

It’s a question that pops up under every rock. Writing about the root cause of drug addiction in the Huffington Post, the author Johann Hari says “(H)uman beings have a deep need to bond and form connections. It’s how we get our satisfaction. If we can’t connect with each other, we will connect with anything we can find—the whirr of a roulette wheel or the prick of a syringe. … (W)e should stop talking about “addiction” altogether, and instead call it “bonding.” A heroin addict has bonded with heroin because she couldn’t bond as fully with anything else. So the opposite of addiction is not sobriety. It is human connection.”

(W)e have created an environment and a culture that cut us off from connection, or offer only the parody of it offered by the Internet. The rise of addiction is a symptom of a deeper sickness in the way we live—constantly directing our gaze towards the next shiny object we should buy, rather than the human beings all around us.

The writer George Monbiot has called this “the age of loneliness.” We have created human societies where it is easier for people to become cut off from all human connections than ever before. … (F)or too long, we have talked exclusively about individual recovery from addiction. We need now to talk about social recovery—how we all recover, together, from the sickness of isolation that is sinking on us like a thick fog.

The significant point of all this—along with the considerable research suggesting that “mental illness” manifests in culturally determined ways and questions of how minority communities can support each other’s mental health in a time of persecution—is that these are questions that the industrialized approach to psychology can’t even ask. These are issues of vital importance to our psychological health and happiness that go far beyond the remedies offered by psycho-pharmaceuticals and even Cognitive Behavioral Therapy—both of which are, ultimately, means of adjusting to society as you have inherited it.

They not only have nothing to offer the dissident, the creative thinker, or the seeker of wisdom—they are actively hostile to her. They have nothing to say to people looking for new ways to form communities.

It is existential-humanistic therapy that opens the door to individuals who want to ask deeper questions about our place in the culture—and whether that culture is psychologically healthy. This may seem, at first, to only apply to “other” people and “exotic” situations: of course young women living under the Taliban aren’t depressed for a lack of medication; of course pro-democracy protestors in Egypt aren’t “well adjusted’ by the standards of the state. But we are arrogant to think that it doesn’t apply to our own culture as well: to think that our modernity has no big questions left to be asked about addiction and shooting and community. To think that creative children in classrooms don’t need adults to have access to ways of thinking about mental health that at least allows for the possibility that “maybe the boxes I’m supposed to put people in aren’t big enough.” Or even wrong.

And hey—why does America have one of the highest rates of mental illness in the world?

There was a time, early in psychology’s history, when it asked big questions about the culture—and when it critiqued that culture on behalf of individuals. Now mainstream psychology is the servant of entrenched interests and promotes an individualism with no room for individuality.

We can do better. Mainstream psychology can’t.