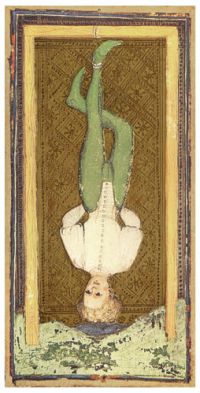 When did giving up something for Lent turn into something self-serving? As a child, it was drilled into me through my Catholic upbringing that Lent was about giving up something valuable to us, so that we may appreciate the sacrifices of Christ during his 40 days and nights in the desert. So we would abstain from chocolate or candy, or give our weekly allowance to charity, or refrain from watching television for the Lenten period. These weren’t deep, existential sacrifices but were significant enough to give pause to a child.

But then I got to thinking. If at the end of Lent you continue to be a non-smoker, then actually it’s not a sacrificial process. You will have benefited from it. This isn’t necessarily a bad thing, just an observation that it isn’t what Lent is about.

At that point, I started noticing that most of the declarations of Lenten “sacrifice” were actually to benefit the individual, with the majority of them relating to fitness and diet: giving up carbs (to lose weight); giving up being a coach potato and going to the gym (to get fit); giving up cheese; giving up gluten; giving up using the elevator; and giving up alcohol.

Suddenly, they all sounded like belated New Year’s resolutions with a 40-day get-out clause.

Now, I’m not saying this from a religious perspective—I’m not even taking part in any kind of Lenten ritual—it just struck me as a bit of a non-sequitur.

Underneath my curiosity, though, is a deeper question about expectations around this time of year relating to society’s obsession with weight and fitness. The excesses of Christmas and New Year have faded away, and the commercials enticing you to sign up for a “New Year, New You” are beginning to lose traction. Those of us who go through the ritual of New Year’s resolutions have either mastered them, or are less conscious of them gathering dust in our minds. Signed up to a new gym membership in the new year but not been going? Committed to running a marathon but not been in training? Signed up to a diet plan (Weightwatchers or Paleo or whatever seemed new and exciting in January) but not stuck to it? Well, Lent seems to be the answer and motivation to (re)kick-start that resolution.

As someone who specializes in working with eating disorders, this type of cyclical obsession bothers me. I experience an increase in symptomatic behaviors in my clients around these times. Lent becomes yet another pressure for my clients in their quest for acceptance through their physicality. Their inner critics, supported by the frenzy of activity of others around them, become so loud and demanding that they give in and relapse.

All this got me wondering what it would be like for us to give up something different for Lent that is unrelated to our ability to complete a challenge. What if, for the next 40 days and nights we committed to not judging others on their appearances? If we sacrificed our inclination to make ourselves feel better through putting someone else down (either in self-talk or with others), might this be more in line with the spirit of Lent by making this process about the good of others instead of ourselves?