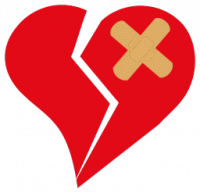 My husband told me a story of a girl he spoke to in a chatroom. He was in Ireland and she was in America. She was 15 and very upset about her parent’s divorce. While chatting, she disclosed she was going to end her life. My husband, being a big-hearted sort of person, did not take this lightly. He knew how much it hurt to lose a friend to suicide and had no intention of sitting idly by as she executed her plan. He called the police and several of her friends in America. Eventually, he convinced someone to go check on her. They found her unconscious from a drug overdose. The authorities were able to intervene and she was able to get help. However, it might not have ended this way, had she posted her intentions in Facebook back then.

After a few users left visual suicide notes on Facebook right before ending their lives, the social media company enacted a new policy to intervene in the case of direct threat of self-harm (Facebook, 2015). The new policy encourages users to contact Facebook directly to report the suspected suicidality of a user at which point Facebook uses Lifeline, a suicide prevention organization, to provide contact information about the user and provide direct intervention.

Of course, there’s always one in the crowd who decides to test the boundaries. (After having eight children, I can spot it before it happens, and this was no exception.) Shane Tusch now knows to only make a suicide note if he actually intends to commit suicide.

Once Facebook implemented the new procedure, Tusch decided to test the functioning of the process. He discovered just how seriously Facebook takes these threats now. During the “test,” Tusch posted a status stating that he was in despair over a fake banking issue and had decided to hang himself in a very public way…off the Golden Gate Bridge. He had no intention of doing this. It was all to see just how serious Facebook would respond to the threat. In fact, Tusch, 48, had not posted anything on Facebook in two years! It was a successful test, from a programming standpoint. It landed Tusch in a psychiatric facility for 70 hours of observation (Lee, 2015). Perhaps the man’s cognitive abilities should have been assessed, rather than his suicidality.

Social media is the 21st century answer to the traditional suicide note. Only now, this type of suicide note is being seen at the exact moment of the suicide, to the horror of family and friends. In November, 2013, Gabriela Hernandez posted several messages of her depression and despair over a lost online love (they had never met in person). She posted selfies showing her obvious distress at the breakup. In the last picture, she posted a picture of herself with a sheet tied around her neck, stating, “I’m leaving you with a smile because you made me very happy while this lasted. To my family, I ask for your forgiveness. Love, Gabi” (Valdez, 2013, para. 2). She died shortly after. Her family had no idea she was despondent.

Like it or not, the virtual world is being perceived by people more and more in the same way the real world is. In the case of Hernandez, her heartbreak was shared with the Facebook community but few took the posts seriously. Even fewer took the heartbreak seriously, considering a virtual relationship as fake. However, there is nothing in the dictionary which demands a relationship to be shared in the same geographical region.

A relationship, according to Merriam Webster, is “the way in which two or more people, groups, countries, etc., talk to, behave toward, and deal with each other” and “a romantic or passionate attachment” (Encyclopaedia Brittanica, 2015). Considering the definition, it would seem an allowance for Internet relationships may be reasonable. Even more importantly, romances that happen over a chatroom through the Internet can seem very real and have equally devastating results when they end. According to The Atlantic’s Delistraty, studies show the bonding hormone released in face to face encounters is the same as that which is released in online encounters (Delistraty, 2014). It would seem reasonable for a person to react to the loss of an online romance as they do in a face-to-face romance. It hurts.

The beautifully haunting picture of Hernandez came with a critical reminder from the reporter, Valdez: A suicide is a very serious issue and no matter the circumstances, it should never be taken as a joke. Tusch would have been wise to consider Valdez’ warning before testing the Facebook protocol.

A more recent suicide was actually chronicled from the first cut to the final bloody end on Facebook, much to the horror of those who knew Daniel Rey Wolfe. In a tragic twist of fate, the pictures on May 2014 posted on Facebook were of no use to those who tried to help the Marine veteran or to the multiple agencies attempting to intervene. After friends reported that Wolfe was posting pictures of himself with gaping wounds all over his leg and arms to the VA Crisis Line, police and fire departments, the authorities were able to track Wolfe down, but were too late to prevent his death. They found him in an abandoned home, near City Hall (Weinstein, 2014). He had bled to death. Even in their best and most efficient efforts, if the individual is determined to end his life, there may be very little anyone can do to stop him.

Facebook, to its credit, is doing what it can, balancing the importance of personal privacy against safety. While I am not convinced every post that sounds suicidal actually is suicidal, caution is the better part of valor in this case, despite the opinion of Tusch. My greater concern surrounds the contagion factor and what it means for those who disclose this information online.

Those who see the visually graphic photos may be traumatized as was the case of Wolfe’s friends. Those who dare to speak their feelings online may be mocked for their disclosure, as was the case of Hernandez. Had Hernandez received intervention to prevent the suicide, she may have been forced to confront the added insult of others mocking her pain. How does this factor play into suicide, especially in light of social media? I find the whole situation a double-edged sword.

On the one hand, social media is a wonderful opportunity to identify when an individual is at risk for suicidality, offering the opportunity for intervention and hope. However, to post something this serious on social media gives some people (especially teens and young adults) the distorted view of speaking only to the inanimate computer. Social media has a far-reaching scope, and those who have a person listed as a close friend or family may be alerted to a new post very quickly, as happened to the friends of Wolfe. It becomes a virtual announcement of an intended suicide. Friends (rightly) make the effort to act, but what happens to the data once the immediate threat has passed? What happens to the reputation of the individual, especially if the individual receives treatment for depression and begins a new job or new relationship? Will this information taint or prevent future relationships or employment? It is a slippery or sticky slope, depending on how you look at it.

In the past, a user’s account would only be suspended if the user (or family member in the event of the user’s death) requested it. In the case of Wolfe, the pictures were available to view for a full week after his death, despite the desperate attempt by friends of the Marine to have them removed. That which is seen cannot be unseen, and in the case of Wolfe, many of his Marine brothers were forced to see his bloody suicide for a week after his death. It is a totally new type of PTSD. Facebook only removed the pictures once the media called to inquire why Facebook refused to remove the pictures, despite the obvious violation of their graphic materials policy and the repeated attempts of his friends. Facebook stated that the pictures did not “violate our Community Standards” (Weinstein, 2014).

So now we know why Tusch ended up in a psychiatric ward. Facebook has changed their “community standards,” and they now recognize they have a unique responsibility to their “community” as any other community. When a threat is posted, Facebook now has a mechanism in place to intervene, as any socially responsible community should. Despite the flaws in the system, it is a better solution doing nothing, but perhaps Facebook would be wise to go further. I know a number of clinicians and therapists who talk on Facebook daily. It might actually save a life, as it did for my husband’s online friend. She is now married and the mother of two. You could say my husband actually saved three lives that night.

Weinstein, A. (2014, May 8). Why Facebook kept up photos of a Marine’s bloody suicide. Gawker.com. Retrieved from http://gawker.com/why-facebook-kept-up-photos-of-a-marines-bloody-suicid…