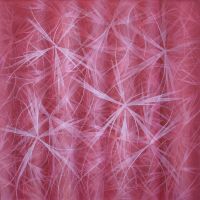 Artwork by By Jitka Anlaufová

“It’s all in your head. You just don’t know how big your head really is.” –Lon Milo DuQuette

I write this essay two days before the start of the Eighth Annual Conference of the Society for Humanistic Psychology (APA Division 32), held this year at the school where I teach. I have spent most of the day stuffing manila envelopes with workshop sign-in sheets, evaluation forms, learning objective forms, and CE Certificates. As Continuing Education Chair of Division 32, I oversee compliance with APA standards of the workshops approved to offer CE credits. In that role, I often feel like I straddle two different dimensions—one governed by measureable learning outcomes, operational definitions, and conformity with rigid scientific standards, and the other characterized by an emphasis on personhood, lived experiences, phenomenology, existential meanings, and critique of diagnosis and pathology. I sometimes wonder if the two perspectives are truly reconcilable.

As I reflect here on where I have been and how I am living my experience as psychologist and professor now, my excitement mounts. I am relishing the prospect of my annual immersion (or immolation) in conversations of substance that invariably re-ignite my passion for Existential-Humanistic Psychology and empower me in endeavors to shift worn-out paradigms in my field that have become frayed by the pull of scientism and reductionism. I may well indeed be equal to the task of balancing APA expectations with the ideals of Existential-Humanistic Psychology. In a different context after all, I am not entirely unaccustomed to moving between worlds! My success in that regard was recently validated by a request I received from the Council for A Parliament of the World’s Religions to re-publish on their website three of my essays from the New Existentialists. Apparently, words that I wrote for this psychology audience are equally comprehensible and appealing to an interfaith organization. Of course, I am not truly surprised; my spirituality informs my approach to psychology in ways that are consistent with my lived experience of healing.

When I was a young graduate student in clinical psychology, I kept my private, evolving, animist spirituality rigidly separate from my academic and professional efforts to become a psychologist in a mainstream setting. That separation started to become less meaningful after writing a doctoral thesis that was as firmly grounded in religion, mysticism, and spirituality as it was psychology and psychotherapy. As I have gotten older, I have come to embrace the notion that the psychotherapeutic relationship at its “I-Thou” best is a spiritual healing connection in which our separation from each other is mutually revealed for the illusion it is—even in our uniqueness and diversity that lends richness to the universe that birthed us. Awareness of this unity is a potential of all genuinely loving relationships, and is itself healing and therapeutic (a phenomenon well known to Gestalt therapists).

In psychology, the surrender of these rigid boundaries have awakened me to the critical importance of not only transpersonal psychology in its emphasis on experiencing our humanness and reality itself through a broad spectrum of consciousness states, but also ecopsychology, which seeks a deeper understanding of the nature of our interconnectedness to the wellbeing of the planet from which we have organically emerged. In this awareness, my existential anxiety not only encompasses the inevitability of my own death and nonbeing but also now the impact of all of my choices and actions on the totality of the earth and its wellbeing. I am empowered to act freely not only on behalf of my own autonomy but also for social justice causes that impact those to whom I am connected—those with whom I share my humanity, and those plant and animal beings with whom I share the experience of living. In a humanistic psychological sense, I work to achieve my own wholeness and in that striving become more capable of having a similar impact on others and the world.

Much of what I do and who I am is more “spiritual than religious,” in the sense that spirituality is a living connection with Mystery that is sometimes embodied in religious structures and sometimes not. Spirituality can exist without religious containers, though the converse—religion that is devoid of spirituality—is (in my opinion) soulless and offers comfort exclusively through mindless, habitual repetition of practices in the name of tradition. To be clear, I am not criticizing tradition itself, especially when it serves as a vehicle of ancestral wisdom or lore. For me, a wordless experience of truth runs like a golden thread through many religions, however problematic and limiting as those religions each may be in other aspects. This wordless truth emerges in the more mystical aspects of those religions and has been described and articulated as a “perennial philosophy,” and if religious practice puts one in direct contact with it, then in my opinion one is well served by that practice! At the same time, I do not forget that there are simply unbridgeable differences in the exoteric or external structures of religions that are endlessly causing strife and needless suffering, though much of those differences also make for a uniqueness in each that is beautiful.

I call myself a Pagan, since I see myself in that particular religion more than I do in any other. The others simply feel too “small” for me as containers due to dogma and authoritative restrictions on what I am supposed to believe and practice and values I am supposed to hold. Paganism opens access to the earth-honoring wisdom and lore of my pre-Christian European ancestors. I also embrace and love Zen Buddhism and Taoism in their emphasis on fluidity, dynamic balance, and harmonious embrace of struggle—though both of those are not true religions as much as they are philosophical ways of living.

I am also an animist, in that I believe and experience the spiritual nature of things. That is not a religion either. It is more of a belief system. While I do not believe in anthropomorphic deity except in the deepest archetypal sense that goddesses, gods, and similar entities exist as living presences within our psyches, the term “atheist” does not feel quite right either.

I do not call myself a shaman. I have not earned that appellation and have not been acknowledged as such in any cultural context. However, I have been trained in shamanic contexts grounded in and respectful of indigenous cultural traditions, and I incorporate many aspects of it into my spiritual counseling work. Moreover, shamanism is also not a religion! It IS an archaic spirituality and a “paleolithic psychology” that tends to use and mold itself to the forms and practices of religions and cultures in which it finds itself (with a nod of gratitude for conversations with C. Michael Smith, a Jungian psychologist and medical anthropologist, for that understanding). Shamanism is arguably more fully manifest in Paganism than any other religion, and in that sense I do fully embrace its impact on me. I am also very aware, however, that there are problems with the term “shamanism” only technically being correct for one cultural context in Siberia, even though it has been widely used for so long that indigenous healers around the world have adopted it as a name for themselves. I am considering the term “spirit worker” as an alternative to “shaman.”

At my deepest core, what I really am is a nature mystic. Mystics, like shamans, are found in all religions and outside of them as well. In general, I’ve found that mystics teach while shamans heal, though it is possible to be varying proportions of both. In non-ordinary states of consciousness (engendered by modalities such as trance, breathwork, and ritual), I regularly have the direct tangible experience of being an inextricable yet utterly unique part of a Universe that is alive and spiritual. My recent immersion into the life and work of Alan Watts for a class that I am teaching has helped me conceptualize the understanding that we each arise organically and naturally out of the universe like fruit on a tree, and may even be the means by which the universe is aware of itself. Coming full circle back around to existential psychology lends me a sense of perspective in the face of my anxiety and insecurity in facing the responsibility inherent in the freedom I experience in being alive and in the driver’s seat of my life. It also lends itself to moments of great joy, creativity, and exhilaration. I am blessed with a sense of wonder connected with ever-present opportunities for transformation and growth—even in the most ordinary of circumstances. My clients open to it as well when the relationship is a living one.

Mysticism is par excellence the means by which we experience our unity with each other and the natural world. It calls forth our accountability to each other and the planet, and it heals our fragmentation from deep wounds to selfhood acquired in the course of our lives. It helps us understand that the soul or core of the Mysteries that we can touch in each of our religions has been present long before the origin of those religions as organized entities. Mystics thus threaten the insistence that any one way or religion has a monopoly on truth and wisdom, which is why they have not historically been welcome or treated well in some religious (or dogmatically scientistic) contexts. They threaten the stability of the status quo and deliberately foster insecurity that leads to questioning and more effective and enriching ways of being.

As a matter of fact, this description well suits the rowdy children of Division 32 of the American Psychological Association, with whom I shall be playing and plotting much trouble in the next few days.