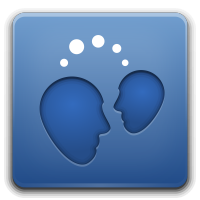 My son has a funny way of throwing off my sense of reality. He came to me and asked, “Mom, do you remember April 28, 2015?” I thought for a few seconds, until it finally hit me that April 28, 2015 has not yet happened. I still don’t quite know what Liam meant but, whatever it was, he was very excited about it.

Liam and his autism have a way of challenging all the things I thought I knew. It forces me to consider new angles and possibilities. Although his life has been a tough road for him, any struggle can lead us to new way of being. Life with Liam has often shown me that the hard and fast rules of my concrete thinking may be incredibly permeable.

For example, we just celebrated his 13th birthday (technically a teenager, Liam reminded me) and the biggest job I usually have in finding a gift for Liam is to keep him from guessing the gift. He is a whiz at computers, so if I buy anything online, he will search the history on my browser and find my links, drill down, and identify where I have been shopping. Other times, his visual spatial abilities make him an astute guesser. (Yesterday, he looked at a box my daughter brought and correctly guessed the gift, a Buzz Lightyear in the original box, while it was still wrapped! All he did was look at it.) We know Liam will always figure out what new cereal my husband buys, even if Liam was at school when my husband does the shopping.

One day, Liam came to me and asked where the Lucky Charms were. We usually avoid the sugar cereals, so I told him we didn’t have any. “Uh, no Mom. Dad went to do the shopping,” he said. Even though Liam had been at school, he somehow knew my husband had gone shopping that day. Even more perplexing, Liam somehow knew my husband had purchased a cereal we normally won’t buy. “Chocolate Lucky Charms, Mom” Liam insisted. When my husband entered the room, he confirmed buying this odd cereal, but Liam simply could not have known this because he was in school!

At some point, I began to accept that Liam had a unique ability to intuit information. My husband and I have adapted to this as a type of experiment. He and I will discuss something, such as a possible trip to Disneyland, without researching it on the Unternet (to prevent aforementioned browser research) and within a day of discussing it, Liam will pipe up with hotel room reservations for Disneyland during the period we had been considering it.

I thought it was just my kid’s weird quirkiness that made this unique to my family. After scanning the Internet, I discovered this unique situation with autism has compelled a few researchers to study it in depth. The most notable was Powell’s (2014) recent pilot study where a nonverbal child with autism demonstrated some uncanny and remarkable results from testing her capacity for telepathy. Powell plans to expand the study to involve other children who are classified as autistic-savant, in order to see if this ability is unique to this one child, or if other children with autism use telepathy as a way of communicating. It would make sense, considering their challenge with speaking.

If I wondered whether other mothers of children with autism struggled to keep their presents a closely held secret until the day of the event, my curiosity was satisfied by reviewing a Daily Grail article citing Darold Treffert’s book Extraordinary People: Understanding Savant Syndrome. The Daily Grail article describes the same situation with Ellen, a young blind girl with savant talents, who managed to guess her gifts before opening them at Christmas (Daily Grail, 2014).

In the book Autism and the God Connection: Redefining the Autistic Experience Through Extraordinary Accounts of Spiritual Giftedness, William Stillman recounts story after story of telepathy from the parents he surveyed. In one account, one young girl, Yvonne, seemed to be capable of not only reading minds, but also predicting future dangers. In one case, it saved the life of a friend. Other children foretold catastrophic events such as the Concorde crash outside of Paris (Stillman, 2006). In all fairness, it can rattle the perception of what a parent believes is reality.

Now, I’m not going to engage in a philosophical discussion of the constructivist epistemology of reality in the realm of von Glaserfeld (1984), mainly because I haven’t learned enough about it yet. However, I will say one thing: if a person experiences a precognition of a plane crash or even the impending Buzz Lightyear birthday present, his or her reality is probably very different from mine. I don’t exactly understand that reality, but to say it is his or hers and valid because those experiences are unique is not unreasonable.

Yes, we exist in time, which renders my son’s metaphysical prediction of April 28, 2015 a mystery known only to him, but what if this talent for perceiving and intuiting goes beyond the boundaries of time and space? What if they expand into the universe like radio waves into space? It all becomes rather permeable when one considers the possibilities. If my experiences include future events known to me as precognitions, such as what I will be getting as a birthday present, as Liam seems to be capable of doing, maybe radical constructivism can explain this without the science that we so dearly love. Perhaps my perception of absolute reality is the problem?

Although I may be able to explain this, it still does not help me much in preventing Liam from guessing his birthday gifts. Perhaps the best solution for this problem is to change my expectation of Liam and to simply accept that he will guess his presents. Perhaps April 28th will be the release date of a new movie he has been tracking, rather than the prediction of some grave event which will never materialize. Who knows? I do know that it makes life with Liam a little more fun and challenging, to say the least!