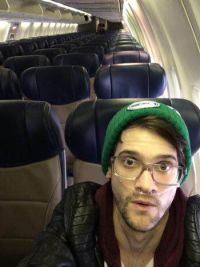 Last week a strange thing happened on Facebook. I had a request for a friend to be tagged on an old picture in Facebook. I knew this friend was not on my list of friends, and had not been on Facebook for a long time. I had called but her number was out of order. Her picture was one I had posted a while ago when I discovered it, so I approved the request. I followed the link in Facebook to her name and found she had only just gone back to Facebook. I quickly messaged her to find out how she was doing.

Linda and I growing up were like sisters from different mothers. She was the older sister I never had, and I was the younger sister she never had. I helped her read and understand her Cosmopolitan horoscope, and she helped me understand all the other articles in Cosmo! It was a good, symbiotic relationship. We remained close while she lived in California, through marriage and children. She was there for me when my family cut me off after getting pregnant with my first. She was the only sister I had during that time.

As our lives grew busier, it became more and more difficult to connect. It was devastating for her when she discovered her second child, Andy, had cystic fibrosis. Cystic Fibrosis is a genetically carried disease that affects the mucosa lining of the lungs and digestive tract, caused by a protein that produces thick, sticky mucus. The mucus results in a higher susceptibility to lung infections and can obstruct the pancreas, which halts the production of natural enzymes that break down food and helps the body absorb nutrients (Cystic Fibrosis Foundation, 2014). The average person with CF only lives into their early 40’s, but that is not every case. Some die much younger.

Oddly, I felt an urgency to connect with Linda. It had been almost a decade since we last spoke. She was living in Washington and I was in Northern California. When she finally responded, she confided that her son, Andy, had lost his battle with CF in February of this year. He was 28 years old. My heart ached when I read the news. I wanted to hear her voice.

Linda only came to Facebook again because her daughter created a page for Andy. #LivelikeAndy was a memorial page she wanted Linda to see, so Linda returned briefly to Facebook. Linda was surprised I asked to be her friend online so quickly. She did not even have a picture of herself on the page, so Facebook could not have matched the face. We still do not know how the tag request for the picture happened. After connecting the dots, I began to suspect her late son may be at work.

Linda and I used to spend nearly each day on the phone as kids. Most times, I would hide in the kitchen pantry to get privacy, (in the days before wireless phones and cell phones. Yes, I am really THAT old!) Even though she only lived across the street, Linda and I always seemed to find plenty to discuss. In our teen years, it was almost always about boys. But even after Linda married her husband, she always made time for me. My guilt was heavy as I called, knowing I had not been a very good friend to her in the past few years.

Talking to Linda was like going back in time. It was as though the years had never passed, and we were back to giggling like school girls, despite the distance, time, and circumstances. I asked her what it meant to “Live like Andy.” She explained, “Because Andy touched so many lives and lived by the motto, Seize the Day.

Seizing the day was a mild way of putting it. Andy had more than just a zest for life. Apparently, he lived every moment to the fullest and found joy in everything. Story after story on his memorial page showed the profound impact he had on people, including a joyous charisma so notable, it was given the name, “The Andy Effect.” It would seem that Andy was the living embodiment of every virtue associated with being a good friend and living the eudaemonic life. He wasn’t just out for momentary happiness. He was out for joy.

In typical academic fashion, I filtered through a pile of research papers and journal articles to understand how a person copes with death. As luck would have it, (or perhaps destiny), I discovered Willig’s (2015) phenomenological study of living with dying. While the participants in Willig’s study seemed to be preoccupied with the reality of their condition, they all came to a similar place to where Andy was before death. They delighted in every moment and life experience; the sensual pleasures in drinking coffee, eating, or laughing with friends. It almost seemed as though the impending death gave way to a new freedom: To relish and enjoy in the intensity of every moment. Without a long life ahead of them, death opens up the chance to relish the moment as it happens. The relationship a person has with time changes with the looming inevitability of death, adding a qualitative dimension that those expecting a future do not enjoy (Willig, 2015). It was as though Andy jumped from the pages of the journal study and yelled, “That’s me!”

I had to know more about him. Did Andy fear death? Did he anticipate God? Was he expecting nothingness? I posed the question to his sister, who confided that they never really discussed the matter of life after death but that Andy was an atheist. It would seem that Andy was so determined to enjoy life, the idea of a life after death had not yet crossed his mind. Given his age, that would make sense.

I know this distressed his Linda. She and I had spent many summer nights looking up at the clear, starry sky, wondering what God thought of our antics. We were not angels by any stretch of the imagination. Hearing Linda’s daughter declare that Andy did not believe in God made me anxious for Linda. I hoped that an all-knowing, all-loving God would never leave us without hope at the death of a child. Surely He made exceptions to all our rules!

“I bet Andy was surprised when he discovered there IS a life after this one!” I remarked. We giggled, which eased my anxiety, yet I knew it was not enough. Meert and colleagues (Meert, et al., 2015) found continued bonds, a sense that the deceased child is still connected to the bereaved parent, is the key to a parent’s adjustment at the loss of their child. Whether the child was young or old, a parent needs to feel an inner bond to their deceased child as a spiritual being or that, somehow, the child is still with them. Otherwise, grief could turn into complicated grief.

However, to doubt the existence of God challenges the concrete views of born-again Christian belief systems, where a person is supposed to declare their acceptance of Christ as their Savior. Her son’s lack of faith might make her grief more difficult, and this concerned me. I quickly added, “Energy cannot be added or taken away. He must have gone somewhere. I’m sure he has discovered where he is by now.” Andy’s energy was too big to contain, and his friends would agree his impact was felt even now. “Energy like Andy’s could never simply disappear according to the laws of physics.” It addressed the existential crisis, and it reconciled the moment. A belief system rule could never contain the expanse of Love found in a Creator of such a wonderful person like Andy. Andy loved, and consequently is loved, beyond the best guess of a religious precept. We are because He is. Love seems to be the instrumental key, and Andy had plenty of that.

From that standpoint, Andy was very much with them, and very real in a tangible way. His love was leading them all through the pain to a place of joy. I perused the pictures on his Cystic Fibrosis Foundation Tribute Page. One picture caught my eye, as it seemed to communicate the very message Andy wanted them to know. He was going ahead of them, but he was leading. He was not afraid. He was ready and waiting, sitting in the front seat, preparing to embark on a new journey, despite the appearance they are alone. His spirit was still quite real and with them, even if the body is gone.

For a young man of only 28 years, Andy really understood what it means to live life to its fullest. I suspect he will never rest at all, if personalities are the same after death as they are in life. He is probably breathing deeply, for the first time, the sweet air and enjoying every laugh as he lives it in a new way. He has already demonstrated to me he is very much alive. He helped reunite his mother and me, and I will be forever in his debt. Now I can live like Andy.

References:
Cystic Fibrosis Foundation. (2014, May 1). About CF. Retrieved from: www.cff.org/AboutCF/