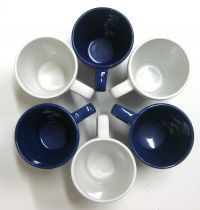 Muzafer Sherif in the 1950s and again in the1960s demonstrated that contact is the cure for bigotry. He introduced artificial bigotry between two groups of boys by segregating them and having them compete against one another; he then erased the bigotry by having them work together to solve a common problem.

The United States has been struggling over the issue of civil rights for Black Americans for centuries. It is painful to watch some of the same old crimes replayed over and over again, the same old arguments. I recently read Martin Luther King Jr.’s autobiography and was taken aback by just how much his descriptions of the problems of the 60s are the same problems we have now.

Segregation is no matter a matter of state law or even prevailing business custom in many places, and explicit racism is on its way out. But de facto segregation continues. Our neighborhoods, schools, and especially churches remain about as segregated as they ever were. Poverty has something to do with this, both on the cause and the effect sides. Race and poverty are inextricably entwined, a real conundrum that is made no easier to resolve by our implicit racism; this covert bias makes looking at the overt bias very, very uncomfortable.

Another civil rights battle, though, is proceeding much more quickly.

The battle for equal rights for non-heteroconformative people is reaching quick culmination. It meets with the same sorts of backlash as the 1960s battles for equality for Black women and men such as Southern stubbornness, claims of religious persecution, and attempts to legislate the old “traditions” that keep us separate and unequal. But it overcomes those challenges quickly, and generally speaking, without violence.

The infamous religious rights restoration act enacted by Indiana recently illustrates the point. Whether it was enacted as backlash against the gay rights agenda or not is a debatable matter (although their state attorney and others in government have expressed depressingly hetero-sexist views publicly and often). The fact it was perceived that way by both proponents and opponents is especially telling. But the public outcry against this law caused Indiana to back off from that course, instead enacting specific protections for people who do not identify as heterosexual.

Rather than mass marches, police confrontations, jail-ins, and boycotts, when it comes to gay rights, just the threat of losing a little money was enough to sway the course.

The likely reason for all this revolves around the Sherif findings. White people know gay people. Gay women and men come from all races, backgrounds, cultures, religions. They can be found in churches, synagogues, your local supermarket, your neighborhood, your schools, and colleges. But White people don’t know Black people, because of de facto segregation.

It has long been said that in the fight for civil rights, Black women and men need White allies. Racism is primarily a White problem. The struggle for sexual-preference protections illustrates the point perfectly, intersectionality notwithstanding.

More than one formerly hostile member of state and federal government has turned their opinion around on the issue of same-sex marriage in the last six years after discovering that one of their relatives—a sister, a son—is gay. When it is the people we care about, who we know, go to church with or school or whose kids play with our kids on the weekend—when these people need advocates, we change our minds and step up. Contact and common cause.

This is ultimately not a solution to the problem of the ongoing civil rights abuses of people of color. This week, we have yet one more case of a Black citizen gunned down by a White cop. This time it is on video, and we can see the citizen running from the officer, the officer shooting him in the back several times, then cuffing his corpse, and planting a weapon on it.

The problem is White folks cannot be Black.

Bill DeBlasio is making a go of it. He is a White man married to a Black woman. They have children together, children our racist society will describe as Black or African-America first, maybe mixed later. He has caught a great deal of heat for his descriptions of “the talk,” and his criticism of the implicitly racist practices of NYC police officers. But Mr. DeBlasio is just one person. An important, high-profile person, yeah—but just one guy. The fact that the police publicly turned their backs on him illustrates the problem quite poignantly.