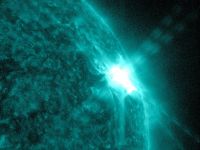 This essay is the first of two, comprising an article that will be concluded in my next contribution to the New Existentialists.

In my Existential-Humanistic Psychotherapy courses, upon encountering concepts of existential philosophy and psychology for the first time, some of my more religious students become ensnared in and troubled by their perception that existentialism threatens religion and spirituality. Those whom Mick Cooper (2003) has called the American Existential therapists certainly do, at least, appear to “debunk” any notion of an afterlife they might hold dear.

Rollo May (1994) emphatically asserts that we have a limited of span of days in which to accomplish something meaningful and great with our lives, and out of the anxiety that we will one day die, we (almost paradoxically) engender creativity, accomplishment, meaning, and purpose. Irvin Yalom (1980) describes how death anxiety manifests in the “ultimate rescuer” a mythic hero or even deity or force that intervenes to save special humans from the reality of death, and in the notion of “specialness” itself as a defensive denial of death.

He further points out how fear of death and the notion of an afterlife stems out of a fear of living fully right now. My students are certainly inspired by these notions to live more fully in the present, and make the most of the brief lives we all enjoy as humans. However, with their death anxiety evident in trembling voice tones, bodies rigid with tension or frustration, they frequently ask if the connection to something greater that is so inherent in spirituality (or in lived experiences of religion in which spirituality is alive and active) is something that is ultimately irrelevant to existential therapy.

Another concept that sometimes tends to “throw” them is Heidegger’s concept of “thrownness,” of which Yalom’s givens of existence—death, freedom and its attendant consequences, isolation, and meaninglessness, a list to which James Bugental (1965) adds embodiedness—might be considered examples. Heidegger (2008) argues that human beings are limited in their freedom by the uncontrollable circumstances into which they are thrown, the facticity of upbringing, and the physical environment and context in which they exist. In their own ways, students ask: If the thrownness of our lives is undeniable and some people live lives of meaningless suffering from which they cannot seem to escape, can the boon of spirituality offer no succor or salvation?

Emmy Van Deurzen (2012) also emphasizes that life is full of seemingly endless misery punctuated by moments of genuine satisfaction. Is this is indeed why depression can seem to be rooted so deeply in the human psyche? Is this the adult version of learning that magic is not real and that Santa Claus, the Easter Bunny, and the Tooth Fairy have no objective existence?

My gentle challenge to them in reply typically is an inquiry into the reasons they seem to be putting off the savor and sweetness of existence; as well as freedom, bliss, and happiness; until after they die, framed in abstract and often poorly-formed notions of an afterlife. What would be the point, I wonder, of a mere blip of earthly existence that would presumably hold all pain and suffering, in the face of a subsequent eternity of grace and beauty? Is there no beauty to be found and embraced wholeheartedly, in a fully connected way, in the life we are living at this moment? What is spirituality if not (among other things) a soulful embrace of beauty, particularly in this embodied existence that is such a source of pain and wonder simultaneously, through which what we know as objective meets the subjective, through which we contemplate and live our own being-in-the-world? These questions themselves bridge core existential quandaries and matters of spirituality, particularly if spirituality at its heart is about a sense of connection to something bigger and more meaningful than ego-driven living.

In terms of such a bridge, Victor Frankl’s book Man’s Search for Meaning, arguably one of the most influential works of all time, is still distinctive in its embodiment of spiritual themes. In contrast to many (though by no means all) existential philosophers, Frankl (2006) is not dismissive of a belief in God, though he appears to be somewhat scrupulous in keeping his own religious beliefs separate from his “logotherapy” (meaning-oriented therapy) approach. Like the American existentialists, Frankl emphasizes that every human being has the potential to find a unique meaning for himself or herself through grappling authentically with suffering. With regard to spirituality, however, what stands out most about his work is his belief that meaning can be found in a search for and engagement in love or loving connections. He acknowledges that the most beautiful aspects of the human experience, altruism, and transcendence of selfish, self-destructive and aggressive urges manifest most purely in loving relationships with others.

Martin Buber, a theologian and existential philosopher, in his extraordinary book I and Thou, writes even more expansively about the mystical potential of human connection, dialogue, and relationship. Buber (2010) makes a sharp distinction between I-It relationships based on transactional interactions and benign and not-so-benign manipulation of others for our own ends an purposes, and the more rare and precious I-Thou interactions, rooted in a contact encounter between people who come to know and understand each other as equals at very deeply authentic levels. I-It relationships, while potentially useful as well as destructive, depend solely on relating to fragments of each other or surfaces, where in I-Thou relationships we may actually get a glimpse of the souls of each other.

When an individual learns and becomes more prone toward seeing the full humanity of the other, he or she cannot help but move toward a more social activist stance characterized by a passion for social justice and compassion for the suffering of those of other cultural contexts. When extended to the potential of connection with animals and with the natural world, I-Thou clearly moves from being an existential concept to a more mystical one, even as it extends deepens our sense of responsibility to ourselves and others toward a more global sense of connection and accountability. Such an expansive vision of I-Thou has led to the emergence and more substantive consideration of ecopsychology—the psychology of the inseparable, dynamic connection between human beings and the earth on which they live.

Existential philosophy and psychology tend to underemphasize the shifts of what might be called normal waking consciousness into non-ordinary consciousness that are entailed by I-Thou connections. Such shifts in consciousness are hallmarks of mystical experiences and can impact the evolution of human spirituality with a lifetime. Transpersonal psychology, on the other hand, finds discussion of consciousness to be comfortable and spirituality its mainstay. It therefore makes a valuable contribution to a contemporary, expansive vision of existential psychology.

My next essay will describe this relationship even more fully, considering the work of Maurice Merleau-Ponty on the phenomenology of perception. It will also frame existential concepts within a transpersonal framework intended for describing the nature of mystical experiences. Finally, it will consider the importance of gestalt psychotherapy as a bridge between existential therapy and transpersonal work.

Buber, M. I and thou. Eastford, CT: Martino Fine Books