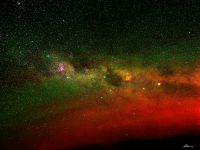 This essay is the second of two, comprising an article that began with my essay posted on May 1, 2015.

The prior essay initiated a consideration of the spiritual aspects of existential psychology and psychotherapy, endeavoring to show that what is commonly understood to be transpersonal psychology expands, enhances, and enriches the Existential-Humanistic paradigm for a contemporary practice of psychospiritual healing. It considered questions frequently posed to me by students in my classes about existential concepts that may superficially appear to be pessimistic and dismissive of concepts of an afterlife, potentially minimizing for them spiritual values gleaned from religious traditions in which they were raised. Highlighting the work of Viktor Frankl and Martin Buber, both of whom emphasize the potential for a sense of unique meaning and purpose through loving connections and relationships, it hinted at the potential for a more substantive experience of being human through possibilities for self-awareness and transformative growth through relationships. This essay will develop this idea further through a brief consideration of the work of Merleau-Ponty in the phenomenology of perception, as well as somatic awareness found in such modalities as gestalt therapy and Eugene Gendlin’s work on focusing. It will conclude with discussion of a framework of mystical experience that can be utilized to consider existential and humanistic concepts, endeavoring to elucidate more richly the connection between those concepts and transpersonal psychology and spirituality.

At the risk of doing an injustice through glossing over or oversimplifying the complexity and richness of the unfinished work of Maurice Merleau-Ponty (1969) in in the phenomenology of perception, his concept of “chiasm” seems to hint tantalizingly at what really happens during an I-Thou experience (Buber, 2010). Merleau Ponty’s chiasm encompasses an understanding of the body as the point where both objective world is perceived and subjective understanding is engendered. In touching one’s own hand, for instance, one is aware of touching and of being touched though both cannot be processed simultaneously, and the experience is an ambiguous one where overlap is undefined. Similarly, in the sense of seeing objects, the physical object is enwrapped in the physical sense of the seer without the experience of the seer becoming lost in the object seen nor the object seen being lost on the seer. The body is where the act of seeing the object and the construction of the sense of the object being seen happens. The boundary and separation between the two is experienced as ambiguous. The bridge or “chair of flesh” is the chiasm, the body serving as the juncture point (Merleau-Ponty, 1969).

For readers unfamiliar with psychological jargon, the use of the word “object” in the following section may seem odd. Here it simply refers to anything external, a person or thing in the world that is experienced as being “real.” In a relationship or dialogue, both individuals are objects that are sensed as well as sensing objects. Perhaps “I-Thou” is a chiasm of relational space, in which sensor and sensed, the one thinking, feeling, and speaking and the one who knows and understands becomes unclear and ambiguous, resulting in a lived experience of sharing by both of feelings and perceptions. The mysterious nature of this contact engenders a more expansive sense of self and connection experienced both. In this respect, the chiasm, the I-Thou connection is a spiritual one, and it occurs a least occasionally in the most effective therapeutic and healing relationships. Moreover, the body ought not be neglected in this understanding, as it is the means par excellence by which the chiasm is achieved.

Eugene Gendlin (1982) in his work on focusing appears to understand well the importance of the body in this regard. He uses the concept of bodily felt sense to refer to a subtle, physical, internal, somatically-based sensation associated with an understanding of a phenomenon—just out of reach of being able to be described in words. As we struggle for words that seem to capture the experience, it evolves and transforms, as does the language sought to describe it. This reaching for meaning facilitates greater awareness and insight, also known as the “bodily felt shift”(Gendlin, 1982). In a therapeutic conversation or intimate dialogue, the process of felt sense and felt shift may be shared as both parties authentically engage in I-Thou conversation, resulting in quantum leaps of understanding on the part of both. This mysterious process, in which the whole is experienced as greater than the sum of its parts, eludes reductionistic definition and is well-known to gestalt therapists as well. Both clients and therapists experience the dialogic space of the therapy session as fertile ground for psychological transformation and one that affords occasional lived experiences of being part of a greater dynamic and fluid phenomenon, which they term “the field”(Schulz, 2013).

Shrader (2008) reminds us that fascination with mysticism and mystical experiences has been part of psychology since its inception. Drawing on the early work of William James and F. C. Happold, Shrader identifies seven salient characteristics or features of a mystical experience: ineffability, noetic quality, transiency, passivity, unity of opposites, timelessness, and an experience of the “true self” (Shrader, 2008). Many aspects considered in this essay as well as in Part 1 fall easily into these descriptors.

In terms of ineffability, or the difficulty or impossibility of describing the experience adequately in words, Gendlin’s concept of reaching for a verbal description of that which always just eludes description, seems consistent. Similarly, Merleau-Ponty’s chiasm is almost ineffable in that it needs to be bodily experienced more than it can be verbally described. Buber’s I-Thou connection is exquisite in its ineffability. Moreover, all of the concepts seem to converge on what may well be the same phenomenon.

The noetic quality of a mystical experience, or the ability to reveal a hitherto hidden or inaccessible knowledge, exists in spite of its ineffability. Through dialogic I-Thou space in therapy or intimate relationships, access opens to the potential for new lived experiences based on deep knowledge of self or relationship that was hitherto out of awareness. The origins of such knowledge are truly mysterious, often seeming to spring into being in the relational space itself. For instance, the appearance of unknown and undiscovered capacity for courage in the face of trauma and loss may not always be reducible to developmental factors and psychological history. The work of Peter Levine (2010) in somatic experiencing, in fact, reveals that the body holds to key to fostering healing in trauma, as it is the body that carries blocks of the full experience of trauma (presumably due to the need of the traumatized person to adapt to social expectations of control).

In terms of transience, I-Thou contact cannot be sustained indefinitely. It comes and goes in ecstatic waves. In focusing, grasp of the bodily felt sense and work toward the felt shift can be elusive, taking disciplined effort combined with serendipity. Similarly, the criterion of passivity is met in that I-Thou contact cannot be initiated volitionally and at will. The shift in consciousness that occurs, like any shift into non-ordinary awareness, can only be aimed at. Conditions that seem to be associated with such shifts may be replicated, increasing the probability that they will recur. Here again their elusive nature is apparent, and changes in physiological arousal play a central role.

Comfort with—and an ability to hold—paradox and contradiction more comfortably is a time-honored benefit of a genuinely healing therapy relationship. Merleau-Ponty states that the body is the point where the seemingly opposite aspects subjective and objective meet, the point of knowing. I-Thou sharing fosters greater awareness of choices and freedom connected to news ways of living with and living out contradictions. Moreover, it fosters a sense of connection with “the whole” of reality, in which categories and separation imposed by words become less meaningful and fluid unity much more so. One’s body is experienced as being made of the same stuff of the universe itself, and consciousness a natural expression of that matter.

In I-Thou contact, awareness of time passing is dim, and moments may be experienced as eternal. This sense of timelessness is also a factor of mystical experience. Perhaps it is this timelessness that leads naturally to a sense of contact with one’s “true self” or authentic nature, satisfying Shrader’s final criterion. It is difficult to be incongruent in the presence of someone who is congruent and living in his or her own wholeness. In gestalt as well as person-centered therapy, the ability to be increasingly authentic and genuine appears to emerge almost organically—or at minimum, the invitation to have a more authentic lived experience becomes known.