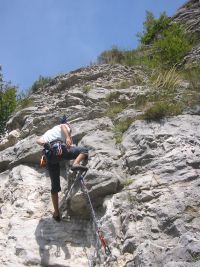 This week, I took my orals for advancement to candidacy at Saybrook. It seems like light years from that first residential conference when I met the Saybrook elite and fell in love with the Humanistic-Existential practice of psychology. It was a struggle, but a good struggle.

It wasn’t a fair fight. They loaded the bases with the likes of Art Bohart, Kirk Schneider, Stanley Krippner, and Denise Scatena to entice me. As my cohort listened to the gift of great thinking, we became drawn to the many ways humanistic psychology existed in the world. Denise presented the spirituality of Eastern thought and humanistic psychology. Stanley gave us a synopsis of his lifetime work with shamanism. Kirk walked us through the existential exercise of being and finding our inner self, but my favorite, by far, was Art’s display of humility as he demonstrated the active agent of change was the client, not the therapist. I was blessed to have mentors that were gifted in Art’s methodology, such as Carol Humphries. That seminar expanded my understanding of therapy and change. What I didn’t realize was how much the program at Saybrook would make a change in me.

As the years of the program progressed, I was transformed by it. There were key moments that I felt the shift happen, such as the time I heard a speaker at one RC rave about the wonders of our government, now that President Obama was in office. The first time I heard this, I walked out of the room. I gave the excuse that I needed to go to the restroom, but I really just needed air. Politics were a trigger for me, and to hear one side rant against the other always made me shudder, as if it was expected for me to change sides. As I went through the program, I learned to stifle this escape urge and, instead, hear the real issues in which I could agree, such as the criminalization of poverty or ethnicity.

It was not easy. One RC stands out in particular. My cohort was in the middle of a group therapy experiential with Carol Humphries. I can’t even remember the topic, but a statement from one student about something I said made me react badly. It wasn’t so much the things the other student said, but as I was beginning to learn, it was where the words transported me to that made me react. As I was asked by Carol to respond to her words, I scooted my chair back as if to leave, but instead of leaving as I might when this type of thing happened in my family system, I simply stopped to hear what was actually being said. Then, I responded with how it made me feel. Carol artfully managed the interaction and maintained the safety of the moment. In doing so, I was able to see that criticism did not always have to mean humiliation.

Criticism has always been like that for me. In my family system, scapegoating was a common form of group bonding, so if Mom or Dad criticized me, it became a dog-pile session from my other siblings. Having children of my own, I am careful to monitor this when it happens, but in my childhood experience, that never happened.

One time, when I complained about having to come home from my friend Linda’s house to change, yet another, diaper for one of my ten siblings, (I was the oldest daughter and the third born) I asked if my mother could avoid calling me home to do this because I found it embarrassing. Rather than ask me why I wanted to avoid coming home to change the baby’s diaper, my parents took the negative reinforcement behaviorism position so popular at the time and encouraged my siblings to call me a Prima Dona. My siblings were encouraged to not allow me to do anything that could be deemed as work in the home, including picking up an item off the floor or holding the baby. Consequently, the nine siblings reveled in the idea of calling me a Prima Dona. (I am pretty sure several of them still don’t know what it actually translates to.) Needless to say, I would cave into a pile of tears and beg my parent’s forgiveness, then do whatever I was told, regardless of my own desires.

What my parents did not understand was that I would often hear the words, “Why did your mother have so many kids if she didn’t want to take care of them?” It usually put me in the middle, a place I detested, as it forced me to defend an action of my mother (which did not always make sense to me) or to chime in with words that would be disrespectful of my mother, whom I loved. So, being asked what my thoughts were in response to a criticism was something new for me. I was allowed to speak my feelings without risk of humiliation, something I had never known before in my life. Suddenly, I was being transformed in that anxious moment to a person who was equal, rather than servant, to my peers. It was one of many times Carol tapped into a weak place in my heart and helped me find a way to healing. It was also an unexpected outcome of the graduate school program, the thing my parents once said was a waste of time and good money. After all, according to my parents, I would make a lousy psychologist because I couldn’t listen.

It was a true statement. I didn’t know how to listen. It was never really modeled to me and the message I was often given was that my thoughts didn’t really matter anyway. Of course, I didn’t know how to listen. No one listened to me. In that single, stellar, crystallized moment, Carol taught me that listening involves two people in a dialogue (or more when we are in a group.) To artfully practice listening, I needed to believe I would be heard. It was okay to have flaws because we all have them. We all need to work on them. Criticism became an opportunity to improve, something I was already internally driven to do.

So when I did my orals last week, I was nervous. I believed I had to memorize my essays and have all my sources lined up. I tabbed all my essays by topic, yet I stumbled for a reference when asked a question. Yes, I knew my material, but I still had that perception that I needed to be perfect. As the questions came, I relaxed a lot and began to enjoy the conversation. It had never occurred to me that there were people who actually wanted to hear what I had to say, so the evidence of the transformation was beginning to emerge. Listening and questioning were the gifts I was beginning to enjoy, and criticism was now a means of becoming better at what I was doing, rather than an oppressive trigger. I welcomed their criticism and took copious notes to improve my dissertation effort. Light years from that moment in the group therapy experiential, I began to see how I had changed with Carol as the wise sage to guide me in rethinking the things I previously believed about my own self-worth.

“You might write about this process in your next blog, Maria,” Carol suggested.

Good idea, Carol. And thank you for helping me change me.