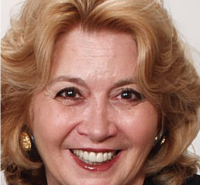 Dr. DiCowden joined the University of Miami/Jackson Memorial Hospital staff in the Department of Orthopaedics and Rehabilitation in 1981 working with Dr. Barth Green to establish a premier program for psychological and physical rehabilitation for children and adults with serious injuries and chronic diseases, including traumatic brain injury and spinal cord injury. She worked with the Department of Endocrinology and received a grant for cross-cultural research. Dr. DiCowden maintains an adjunct faculty appointment with the University of Miami Miller School of Medicine and teaches at various graduate schools across the country.

In 1988 she founded The Biscayne Institutes of Health and Living, Inc. and The Biscayne Foundation in Aventura, FL. This program was an extension of her work on the medical campus and evolved into the HealthCare Community™ model. The HealthCare Community™ model was selected by CMS in the top 5% out of 800 submissions in health care innovations to be presented in Washington, D.C. in 2012. In 2011, the University of Toronto named the Traumatic Brain Injury Program developed by Dr. DiCowden as 1 of 15 best practices out of 253 surveyed worldwide for diagnosis, treatment and community re-integration of persons with TBI

Dr. DiCowden serves as Chairperson of The Biscayne Foundation, Inc. She was elected a Fellow of the American Psychological Association by both the divisions of clinical and rehabilitation psychology. She is a member of the Division of Neuropsychology and has held numerous offices with APA divisions. In 2001, she was also elected as a Senior Fellow of the National Academies of Practice, an invited, interdisciplinary honorary. She has served several positions on the NAP Board and currently serves as Continuing Education Coordinator. In 2009 the New York College of Osteopathic Medicine awarded her the prestigious Riland Medal for Academic Leadership. In 2011 she was named as one of the top 5% forensic experts in addressing malpractice and personal injury in the United States. She has testified in Court and national hearings on the needs of patients diagnosis, treatment and healthcare reform.

Dr. DiCowden writes and lectures extensively, both nationally and internationally. She has been at the forefront of implementing functional accountability in the United States through the use of the International Classification of Functioning system developed by the World Health Organization. Dr. DiCowden has also provided grant reviews on cutting edge healthcare transformation for AHRQ and CMS as well as for the DOD in treating traumatic brain injury. Appointed by the Director of the Atlanta and Dallas Regional offices, Dr. DiCowden serves on the CMS Advisory Committee for South Florida. She is known in the community for her work with disadvantaged populations and her ability to integrate multiple cross cutting agendas with various community agencies. Dr. DiCowden developed and chaired Public Field Hearings on the Health Care Crisis, with the hearings chaired by Congressman John Conyers. Several Members of Congress and Florida state legislators participated in 2008. She also organized the National Academies of Practice/Biscayne Foundation series of Congressional briefings on healthcare at the U.S House of Representatives in 2009.