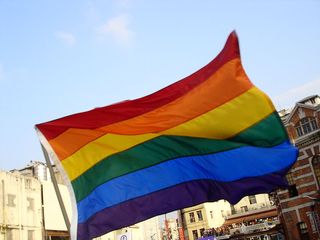 Last month, the American Psychological Association (APA) approved the release of the publication, Guidelines for Psychological Practice with Lesbian, Gay, and Bisexual Clients. It’s an essential publication, for psychologists and laymen a like, in order to empathically relate and ethically care for all people with equality—and according to their needs.

The guidelines were written with an emphasis on what was declared by the APA’s 1975 resolution stating, “Homosexuality per se implies no impairment in judgment, stability, reliability, or general social or vocational capabilities.” Since that time, the APA has been a staunch supporter of the “mentally healthy” aspects of same-sex attraction. In sum, the guidelines speak to the rationale and application of twenty one specific guiding principles for psychological practice with lesbian, gay, and bisexual clients.

Chances are you or someone in your family is in a committed same-sex relationship. And–likely, they want equality and proper care. The recent census reports 1.2 million gay couples living together in the United States; roughly between 3-5 percent of the total population reporting an LGBTQQI orientation. (Lesbian, Gay, Bisexual, Transsexual, Queer, Questioning and Intersex)

It recent years, academia, professional organizations and social service agencies have caught on. Rightfully so: Discrimination based on ethnicity or gender is a no-no — sexual orientation is no different. Psychology, specifically psychotherapeutic practice, has made huge growth. These new guidelines are part of that progress.

Guideline 1: Psychologists strive to understand the effects of stigma (i.e., prejudice, discrimination, and violence) and its various contextual manifestations in the lives of lesbian, gay, and bisexual people

Guideline 3: Psychologists understand that same-sex attractions, feelings, and behavior are normal variants of human sexuality and that efforts to change sexual orientation have not been shown to be effective or safe.

Guideline 4: Psychologists are encouraged to recognize how their attitudes and knowledge about lesbian, gay, and bisexual issues may be relevant to assessment and treatment and seek consultation or make appropriate referrals when indicated.

Guideline 12: Psychologists are encouraged to consider the influences of religion and spirituality in the lives of lesbian, gay, and bisexual persons.

Guideline 16:  Psychologists strive to understand the impact of HIV/AIDS on the lives of lesbian, gay, and bisexual individuals and communities.

Writer Winifred Gallagher stated, “It’s hard to imagine anything more difficult to study than human sexuality, on every level from the technical to the political.” This is absolutely true, but the APA’s understanding of ethical and effective care is a step towards to furthering psychological care for all people—regardless of sexual orientation.