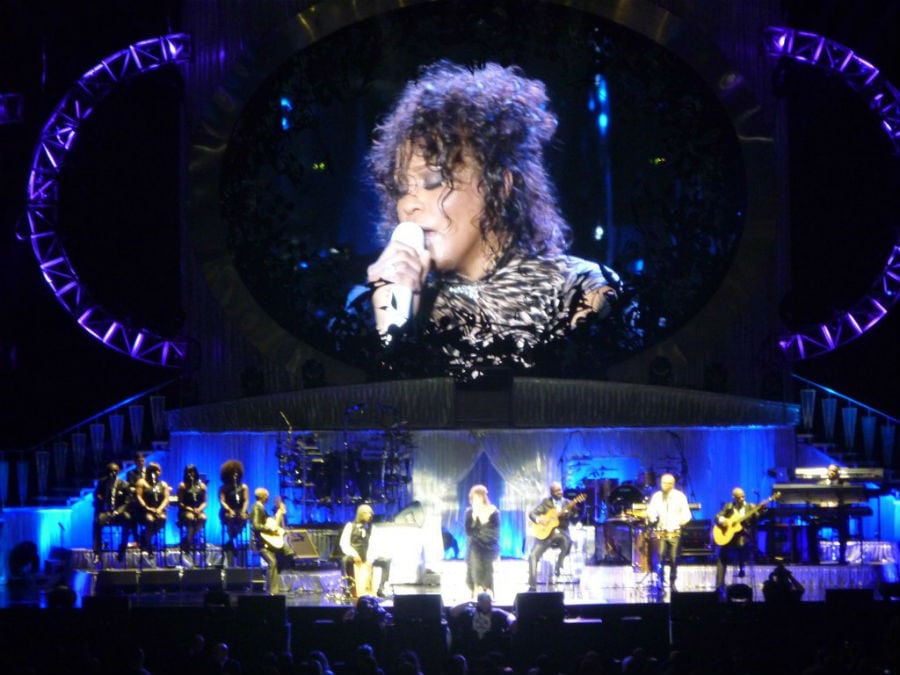 Fame is a dangerous drug: A phenomenological glimpse of celebrity

Fame is a dangerous drug. I should know. I wrote the book on it—or, rather, the book chapter.

That chapter, “Ready for the Close-up: Celebrity Experience and the Phenomenology of Fame,” describes the dead-end cycle of fame’s merry-go-round through first-hand reports of celebrity experience in the book “Film and Television Stardom.”

As was evidenced in the death of 48-year-old Whitney Houston, fame and celebrity can closely mirror substance abuse symptomology—and over time, result in actual substance abuse, isolation, mistrust, dysfunctional adaptation to fame, and then, too often, untimely death. The examples are familiar: from Judy Garland to River Phoenix and Michael Jackson to Whitney Houston.

The research conducted shows that fame changes a person’s life forever, and it is felt more as an impact or “overnight” experience rather than a gradual transition.

Developmentally, the celebrity often goes through a process of first loving, then hating fame; addiction; acceptance; and then adaptation (both positive and negative) to the fame experience. Becoming a celebrity alters the person’s being-in-the-world. Once fame hits, with its growing sense of isolation, mistrust, and lack of personal privacy, the person develops a kind of character-splitting between the “celebrity self” and the “authentic self,” as a survival technique in the hyperkinetic and heady atmosphere associated with celebrity life.

Some descriptions of fame include feeling like “an animal in a cage; a toy in a shop window; a Barbie doll; a public facade; a clay figure; or “that guy on TV.”

Famous people describe a new relationship with the “space” around them as a component of learning how to live in a celebrity world. “It’s like fame defines you to a certain degree: it puffs you up, or it shrinks you down,” one celebrity said.

Being famous is variously described as leaving the person feeling “lonely; not secure; you have a bubble over you; family space is violated; a sense of being watched; living in a fishbowl; like a locked room; and, familiarity that breeds inappropriate closeness.”

Yet, while the celebrity experiences many negative side effects of fame, the allure of wealth, access, preferential treatment, public adoration, and as one celebrity put it, “membership in an exclusive club,” keeps the famous person stuck in the perpetual need to keep their fame machine churning.

The unfortunate truth, however, is that for each and every celebrity, the fame machine can only churn for so long. As a former famous child star revealed, “I’ve been addicted to almost every substance known to man at one point or another, and the most addicting of them all is fame.”

The irony, of course, is the extent to which so many people in our culture clamor at some level for their own slice of fame, first noted in Andy Warhol’s prediction of 15 minutes for everyone. It has become the American way. In fact, iconic filmmaker Jon Waters believes that being famous is everyone’s unspoken desire.

“Most everybody secretly imagines themselves in show business,” he says, “and every day on their way to work, they’re a little bit depressed because they’re not … People are sad they’re not famous in America.”

And so we watch Snooki and the Kardashians, and cringe at the memory of any episode we may have caught of “Being Bobby Brown” or “The Anna Nicole Smith Show.” Then we quietly ask ourselves “What is going on here? Are we somehow complicit in the downward spiral of so many great talents of our time? Have their lives become an opportunity for our own vapid TV viewing, satiating voyeuristic interests, while munching junk food mindlessly on the couch?” (I am as guilty as anyone.)

And, from the other vantage point, how dangerous are the blinding lights of fame to the unsuspecting and naive star? How vulnerable are famous people to fame’s addictive qualities and its ensuing engulfing pathology? The answer is: very.

The relevant question becomes how can a celebrity survive fame? How can someone take a God-given talent, like Whitney’s, or Michael’s, or Judy’s, rise to mega-stardom, and ride the merry-go-round of fame with health, grace, and perspective until it is time to finally get off? Clues to the answer lie in becoming part of something larger than oneself (countering fame’s natural tendency toward narcissism) and dedicating all one’s drives and ambitions into making a real difference, in a meaningful way, in the world.

Through such determined commitment to using life to its fullest, as a show of gratitude for all the riches and rewards, and rooted in humanistic notions of self-responsibility, meaning, values, authenticity, and mindfulness, the celebrity has a fighting chance. (See actor Matt Damon and his H2O Africa Foundation; rock star Bono and his many good works to end poverty and hunger; or actor and child advocate Goldie Hawn and The Hawn Foundation supporting mindfulness in early education, among others.)

As an older, wizened celebrity warned about the ephemeral nature of the fame experience: “It’s just so much the will-o’-the-wisp,” he said, “and you can’t build a house on that kind of stuff.”

New existentialists blogger Donna Rockwell, Psy.D., is a clinical psychologist specializing in celebrity mental health, and is associate faculty at the Michigan School of Professional Psychology. She is a mental health contributor on WDIV-TV in Detroit, and is a former reporter and producer for CNN and WRC-TV, in Washington, D.C. She is working on a book on the psychology of fame and celebrity.

This blog is based on Dr. Rockwell’s dissertation research from 2004, “Celebrity and being-in-the-world: The experience of being famous: A phenomenological study,” Center for Humanistic Studies.

If you are interested in learning more about the community and academic programs at Saybrook University, fill out the form below to request more information.