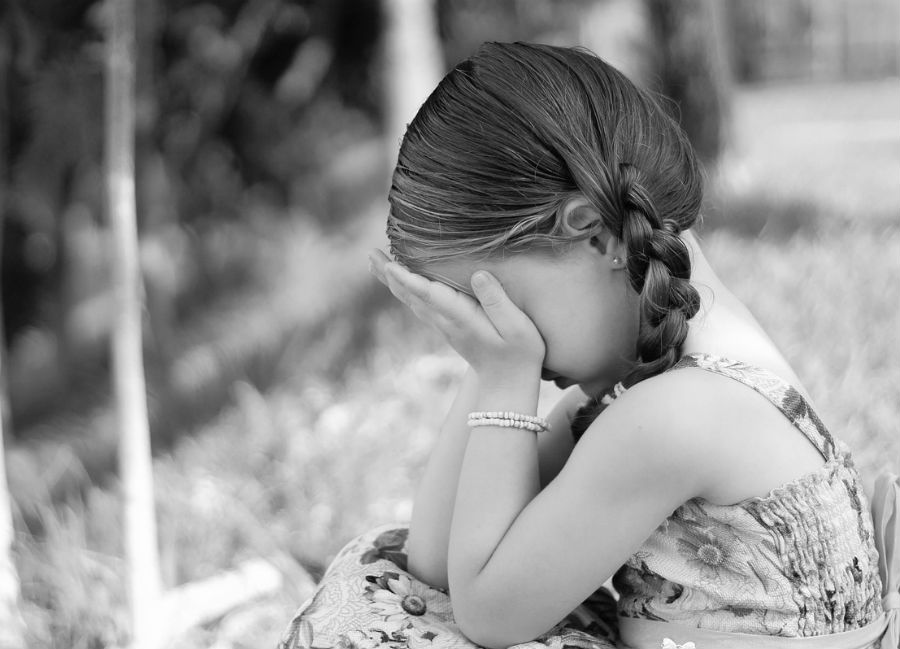 Michelle Stevens thought she lived a normal childhood. But once she moved 3,000 miles away from her abusive stepfather, traumatic memories started coming back to her. With nowhere else to turn, she used psychology and trauma books to learn more about herself and to help others who may have experienced the same—and eventually earned a doctorate in clinical psychology from Saybrook so she could help other survivors of abuse.

After graduation and at a landmark age of 21, most college graduates are thinking: “Now what?” Michelle Stevens was already answering that question. With a new bachelor’s degree in writing, she was going to use her talent to become a TV writer for the soap opera “Days of Our Lives.” But instead of writing about scripted drama, she was slowly coming to grips with another realization—upheaval about her own childhood that she’d buried in the back of her memory.

“I had moved 3,000 miles away from my abuser and was living on my own,” says Michelle Stevens, Ph.D., the author of “Scared Selfless: My Journey from Abuse and Madness to Surviving and Thriving.” “I came out to California to be a TV writer but started to have these memories that threw me into a horrible crisis. You can imagine what it would be like to think you have a normal life and then find out you’ve been abused and don’t even remember it.”

From the time Stevens was 8 years old, her 33-year-old stepfather, Gary Lundquist, had allegedly made her into a sex slave. The third grader at Delaware Township School, where Lundquist taught fifth grade, was ordered to come to his after-school club with a few other carefully selected “gifted” children to do a range of things, such as multiple-choice tests, drama club acting, and talent show performances. Around the house, she received lessons in typing and table manners.

To a casual observer, the solo and group activities may have looked like innocent favoritism: always choosing Stevens to be the lead in school plays he directed or being one of the judges who awarded her with the first prize. Her mother started to notice what looked like a bond between the two with their weekend trips to the flea market and picked a fight with Lundquist that they were spending too much time together.

However, there were signs around their home that something else was going on: a harness, a rope, nails and hooks attached to ceiling beams, a stun gun, and a dog cage. Lessons in the basement transitioned to the bedroom for what Stevens referred to as a “lovers’ tryst,” but with a lover “who was just under four feet tall and weighed less than 60 pounds.”

When Stevens went to college, she escaped the trauma physically but not mentally. Developing dissociative amnesia, “a very common thing for anyone who has ever experienced trauma,” and dissociative identity disorder, memories she’d buried deep down started “coming back around out of nowhere.”

Instead of burying the memories, she chose to use them to find out more about herself, devouring books on trauma, child abuse, and psychology for approximately 15 years. Two books she highly recommends are “Trauma and Recovery” by Judith Herman and “Too Scared to Cry” by Lenore Terr.

She also opted to find a professional therapist while she was taking on this self-learning. Finding the right therapist for herself included “kiss[ing] a lot of therapist frogs before [she found] the right therapist prince.” Sometimes that was because she just wasn’t ready. Other times it was because the psychologists may have not been trained to talk to someone with this level of trauma. While she was learning so much about herself within these readings and visits, she decided to become the therapist that she’d been looking for and chose Saybrook University to earn her master’s and doctorate in psychology.

“I specifically decided on Saybrook because it was small and it was a humanistic school, which was important to me,” Stevens says. “The therapist that I finally ended up with, who was a wonderful therapist, is trained in humanistic psychology, so I became interested in studying that. I also knew that I wanted to do qualitative research, and that Saybrook would let me do that. I was interested in writing about my own experience and studying it.”

How ‘Scared Selfless’ came to be

Her memoir, “Scared Selfless,” was actually her dissertation while working on her Ph.D. at Saybrook. Unfortunately, she found that it is extremely difficult to find psychology programs that included a trauma psychology course. With this being an obstacle (that is still ongoing in the psychology field nationwide), she did her best to find a workaround.

“My dissertation was a method called autoethnography, which is a qualitative method,” she says. “If you are studying something that would be incredibly difficult to find a subject for, you can use yourself. In my case, I was part of a pretty organized child sex ring growing up. And it’s hard to really find people who you can study in depth for something like that.”

Writing the book wasn’t exactly therapeutic for her, but she does admit that it was helpful for her to learn more about herself. And “Scared Selfless” has also helped other readers to explore their own voices.

“Trauma has psychological consequences,” Stevens says. “People don’t realize it, but it does. Alcoholic parents. Parents on drugs. Being abandoned. Traumatic situations such as this may create all sorts of problems in a person’s adult life. But sometimes people will have no understanding of how the problems in their adult life are directly related to how they were raised. People email me every day saying, ‘Wow, I had no idea how much it affected me. Now I understand.’”

How strangers and loved ones reacted, or not

The most jarring responses to her book were the dozens of emails she received from Lundquist’s former students, who confessed that he’d also done similar things to them. She also received emails from Lundquist’s former colleagues who said they knew the abuse was going on but said nothing. Stevens could only say that it was very hard to read those messages.

Lundquist was sentenced to three years’ probation in 1985 for engaging in sexual conduct with two girls at the school where he taught. However, he died in 1997 without ever answering for the alleged abuse against Stevens. Stevens’ mother is still alive but “really suffers from denial,” according to Stevens. The two do have a relationship, but as far as the author knows, her mother has never read the dissertation or book.

While Stevens may not yet get that form of closure, being able to help others and potentially be the fire that psychology departments need to create trauma courses could be further inspiration for her. And there’s one more piece of advice she has for aspiring psychologists and current psychologists, with or without trauma as a concentration area.

“Teachers can sit in a classroom with other teachers, but psychologists don’t sit in on other people’s sessions,” Stevens says. “When I started doing practicums, I was amazed by how few of my colleagues went to therapy. I couldn’t believe it. To be a good therapist, find other good therapists. Deal with your own stuff and set yourself free before you work on others.”