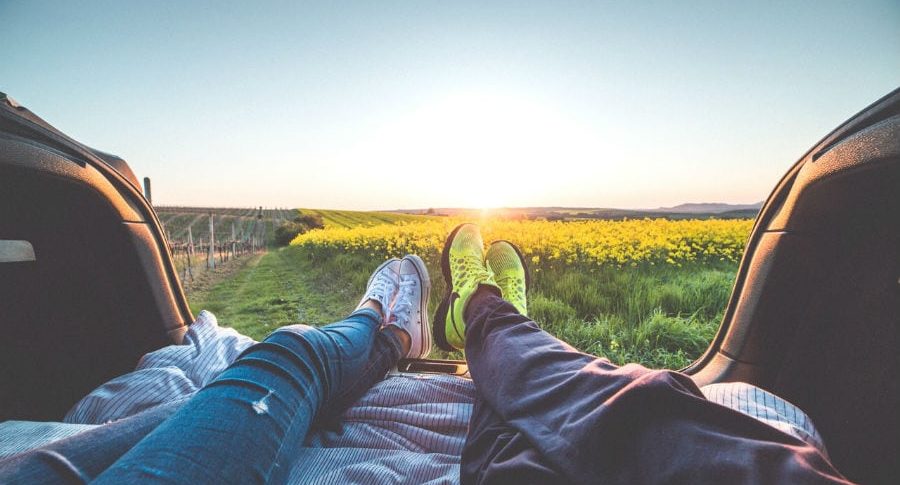 We fear death, but why do we want to live?

Wait, why are we doing this again?

America’s obsession with health can easily be seen as a fear of death, but is it also a sign that we’re forgetting how to live?

The intriguing premise of an essay by English professor Mark Edmundson is that health consciousness can be the flip side of nihilism—what one does when nothing matters. Because, Edmundson says, to live for its own sake is not to live at all.

“Since the beginning of time (or close),” Edmundson writes, “men and women have sought immortality. They have sought to live as the gods do—eternally and in bliss. (They have, one might say, invented gods so as to show them an image of eternal life to which they might, with whatever daring, aspire.)”

But as he points out, the Gods were never content just to be alive.

“They love to make things—or inspire humans to do so. Athena presides over the creation of the city that bears her name; Apollo makes music and invents mathematics; Diana creates the arts of the hunt and all the woodland crafts; Aphrodite schools gods and mortals in the ways of love. Gods live forever in order to make things, to create where there was nothing, and to enjoy the fruits of their creation.”

Health and fitness buffs, Edmundson says, often have no such passions. Ask them why they want to try and live forever, and they never respond, “So that I can finish the work; so that I can make the discovery; so that I can find enduring love. The answer now—implicit, but to me, alas, unmistakable—is that I want to live simply to go on living. With the disappearance of tenable ideals, life, simple life, has become the great goal.”

This is a sign of our existentially famished times.

“For almost no one can believe in ideals anymore. A quest for artistic perfection? Absurd. A search for true and absolute knowledge? A joke. A life’s dedication to compassion and loving kindness? You must be kidding. So what is to be done with the power of human will that might once have sought after these things? It is redirected to more quotidian business.”

That’s no way to live, he suggests: “Health should manifest itself as a means to an end.”

It is as though a man bought a car and spent all his time tuning it, getting the tire pressure right, vacuuming the interior, and checking the fluids, but the car stays parked in the driveway. The journey never begins. How could it? The man has no idea where to go. Just so, we tune our bodies, prepare for long life, maybe eternal life. Though of what to do with that life, what makes it worth living, we no longer have any idea. So we turn living itself into the goal, just as the poor man knocks himself out maintaining an automobile that will never take him even 100 yards away from where he lives.

Edmundson may be hard on people trying to take care of their bodies, but he has a point: While the drive to live for its own sake can be a sign of mental vigor in some cases, in others it is a refusal to take the next step, to ask what one is living for, and in so doing confront one’s ability to find meaning and make meaningful choices.

“I want to live” should be the beginning of a motivation, not the end.